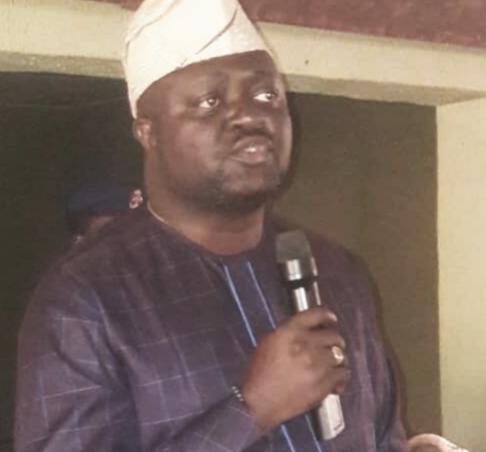 The People’s Democratic Party (PDP) Whip of the 9th Oyo state house of assembly, Honorable Olajide Akintunde has stated that the smear campaign of destabilization and disharmony orchestrated by some faceless agents of disharmony insinuating that the house was not happy with the Speaker, Rt Hon Adebo Ogubdoyin’s leadership and that the house was making move to get him impeached was merely a figment of imagination of those behind the fake story even as he described it as hilarious.

AKT as he is popularly called stressed that there was never a time since the inception of the 9th assembly that any lawmaker ever contemplated such thought adding that the superb leadership style of Rt. Hon Ogundoyin was the reason behind the success of the house which prompted some members of the opposition to attempt in a failed move to label the house a rubber stamp.

Hon Akintunde who also doubles as the chairman, house committee on commerce and cooperatives, noted that the Oyo State Assembly regardless of political party affiliations are in strong harmony and solidly behind the speaker as he continues to lead the 9th assembly towards greater achievements for the state.

Hon Akintunde stated that because of the youthful composition of the 9th assembly with highly skilled professionals from different fields, some enemies of the state disguised as politicians had envisage and expected the 9th assembly to be embroiled in misunderstandings and unnecessary division in the name of politics.

He added that the present assembly has disappointed many in that category with the level of cohesion and harmony that has been displayed in the house by lawmakers under the able leadership of Rt. Hon Adebo Ogundoyin.

AKT urged peddlers of the fake story to desist as their failed attempt as creating disaffection and discord among the lawmakers has further shown the needed dexterity to remain focused and committed in harmony to the Oyo project regardless of political party affiliations.

Hon. Akintunde however lauded the Speaker, Rt Hon Ogundoyin for his maturity, leadership skills, and humility which has endeared him to all lawmakers of the 9th assembly as exemplified in the oneness spirit of the house in carrying out its legislative duties.

He stressed that the house is solidly behind the Speaker and the leadership of the 9th assembly under the Speaker urging those he described as evil detractors to desist from such mundane and archaic politics.