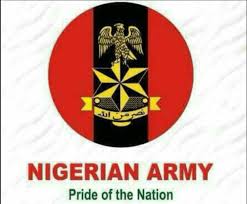 The Nigerian Army is to embark on a special operation with a multidimensional approach, which includes enforcing the restriction of movement and compulsorily moving sick people to hospitals.

This is as part of the government’s strategy to prevent the spread of coronavirus disease.

This was contained in a memo signed by Nigeria Army’s Chief of Policy and Plans, Lamidi Adeosun, and copied to 112 recipients, including all the subdivisions of the army.

The memo directs the suspension of all projected 2020 events of the army that involves large gatherings including meetings, briefings, and conferences.

Mr Adeosun, a lieutenant general, recalled that the army chief had, early this year, predicted the likely activation of ‘Op-Second-Eleven in the course of the year 2020.

He said with the recently recorded cases of COVID-19 in Nigeria, the likelihood of the federal government calling for the activation of ‘Op-Second-Eleven’ may not be ruled out.

Mr Adeosun said Mr Buratai, a lieutenant general, has directed that aside suspension of most programmes slated for this year, the army is also making plans to lease out excavators, trucks, water tankers and other relevant vehicles to aid the operation in the area of possible mass burial, water, and essential food/drugs supplies.

The memo said the army also plans “forceful transfer of the sick to hospitals, enforcement of government movement restriction order” among others.

The army also plans the closing of all army schools and training centers.

The Nigeria Army is also “planning to secure all major food stores and government storage facilities for essential goods from looting.

It is also planning coordination with sister services, Nigeria Police, Nigeria Security and Civil Defence Corps, Fire Services and others on enforcing a restriction on movements and other directives by the government.

The memo reads in full:

“Following the rise and continuous spread in cases of the Coronavirus Disease (Covid-19) in Nigeria, the COAS has deemed it necessary for all to take proactive measures to ensure the safety of NA personnel and their families.

“Recall that Reference A circulated under the cover of Reference B highlighted the CO AS’ Strategic Directive for the Year 2020 (Sb-2020) as do sustain the professionalism and responsiveness of the NA in the discharge of its constitutional roles”.

“The Sb-2020 which is in line with the COAS’ vision of ”having a professionally responsive Nigerian Army in the discharge of its constitutional roles” had predicted the possibility of the NA actively getting engaged in Op SECOND ELEVEN in the course of the Year.

“With the continuous spread of the Coronavirus, Government calling out the NA for Op SECOND ELEVEN can therefore not be ruled out. In view of the foregoing, I am directed to convey that the following measures be instituted by commanders at all levels.

“Suspension of implementation of the NA Forecast of Events 2020 involving large gatherings such as meetings, briefings, and conferences.

“Suspension of all foreign courses, conferences, seminars and other overseas trips by personnel.

“Suspension of all physical debriefings of returnees from foreign courses and official assignments. Such are to be done online.

“Closing of all NA schools and training centers.

“Planning on the lease of excavators, trucks, water tankers and other relevant vehicles to aid Op SECOND ELEVEN in the area of possible mass burial, water, and essential food/drugs supplies, forceful transfer of the sick to hospitals, enforcement of government movement restriction order, etc.

“Planning to secure all major food stores and government storage facilities for essential goods from looting.

“Coordination with sister Services, Nigeria Police, Nigeria Security and Civil Defence Corps, Fire Services and others on enforcing a restriction on movements and other directives by the Government.

“Acquisition of protective gear for medical and other personnel that would be involved in the management of the sick, evacuation and burial of the dead, etc.

“Drastic reduction in movements of personnel within all headquarters to the barest minimum.

“Drastic reduction in the number of visitors and the frequency of visits to all NA establishments.