Seven and A half dates a movie featuring Mercy Johnson, Jim Iyke & Others Makes N10Million In 3 Days

The new movie Toyin Abraham co-produced with her publicist Samuel Olatunji has made a whopping N10million in three days reports have said.

“Seven and a Half dates” has emerged the 2nd highest grossing movie of the week.

ADC Dismisses claim of a faction within its Fold.

Thu Aug 9 , 2018
African Democratic Congress, ADC, yesterday, dismissed insinuation of a faction within its fold, Sunrisebulletin.com can report. This came on a day the party launched an initiative, Coalition for Electoral Integrity (C4e-Integrity), to challenge the scourge in the nation’s electoral practice, which works against engendering a sustainable, sterling democratic culture and […] 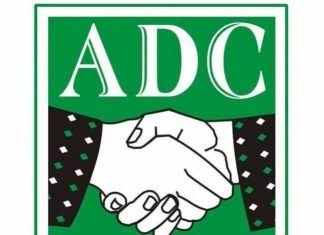