Nigeria’s oil exports are expected to rise to their highest in four months in October, thanks to supply of several larger grades coming back online following a series of pipeline outages in the last couple of months.

Loading of Nigerian crude will rise to 1.73 million barrels per day, from September’s 1.41 million bpd, Reuters reported yesterday.October’s will be the largest programme since June this year, but is smaller than last year’s 1.768 million bpd.

The export plan comprised 57 cargoes, compared with 48 cargoes in September’s loading schedule.Both the Qua Iboe and the Forcados streams will load fewer cargoes, while Bonny Light contains the same number of cargoes and Escravos will load one extra.

Exports of these three major streams will drop 14 per cent in October to around 540,000 bpd from September’s 630,000 bpd rate. The export plans showed several smaller streams would add at least one cargo in October, including Pennington, Okwori and Antan. Nigerian oil export plans are prone to revisions and delays, with cargoes frequently pushed from one month to the next.

Meanwhile, recent reports showed that 32 crude oil cargoes are sitting in Nigeria and waiting for buyers, quoting trading sources who said the cargoes were part of the country’s loading schedule for August and September, and there is still chance to sell them by the end of next month.

The news comes amid a slowdown in oil demand from the biggest consumers of the commodity: Asian economies, whose growth has been faltering recently.Angola is raising its shipments abroad, Reuters also reported. The country sold 47 cargoes for loading in September and now plans to sell another 49 for loading in October.

Nigerian supply may be plentiful, but its effect on benchmark prices is limited: despite the reports, which clearly suggest ample supply of West African crude, prices inched up Wednesday as concern about the supply squeeze due to follow the re-imposition of United States (U.S.) sanctions against Iran deepened. The sentiment was helped by the American petroleum Institute’s report of an estimated 5.2-million-barrel draw in crude oil inventories for the week to August 17.

Although official figures from the Energy Information Administration will be released Thursday, the market regularly reacts to API’s estimates. It also reacted favorably to an announcement from the White House that 11 million barrels of crude from the Strategic Petroleum Reserve will be sold soon.This reserves sale is part of a previously announced drawdown for fiscal year 2019 but it will be done now, ahead of the last round of Iranian sanctions, due to come into effect on November 4.

Fri Aug 24 , 2018
Bad news for those who enjoy what they think is a healthy glass of wine a day. A large new global study published in the Lancet has confirmed previous research which has shown that there is no safe level of alcohol consumption. The researchers admit moderate drinking may protect against […] 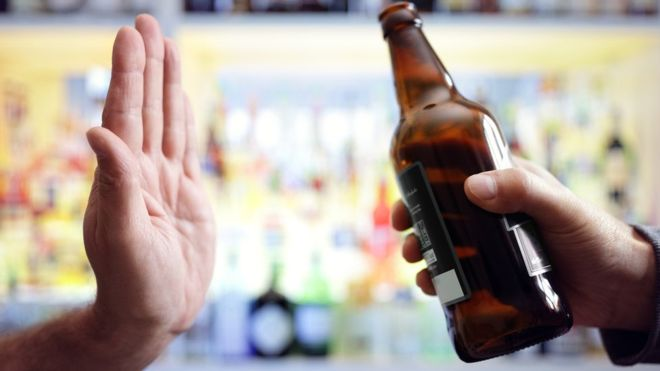