The crisis within the Oyo State chapter of the African Democratic Congress (ADC), has taken another dimension, as the Chairman of the Interim Committee that midwifed the congresses, Dr. Femi Majekodunmi, has accused some elements within the Unity Forum, of being behind the problems in the party.

Majekodunmi who said this while speaking with journalists in Ibadan, on Friday, insisted that every leader of the groups that formed the party in the state including the Unity Forum, was carried along in all the decisions taken before and during the congresses.

It will be recalled that the Unity Forum comprising of members that deflected from the ruling All Progressives Congress (APC), on Thursday, gave the national leadership of the party 72-hour ultimatum, to address what it called imbalances that arose from the result of the congresses of the party.

The group in a communique read to journalists by its leader, Dr. Busari Adebisi, accused former governor of the state Senator Rasheed Ladoja and a former Secretary to the State Government (SSG), Chief Michael Koleoso, of conniving to impose the state executives elected at the state congress held last Tuesday contrary to the directive of the party’s national leadership, describing their action as not only illegal but invalid and unconstitutional.

However Majekodunmi said the state congress had the blessings of the national leadership of the party as well as that of the leader of the Unity Forum, Dr. Adebisi and other leaders of the groups that formed the party, stating that it was the young elements within the group that want to impose their will on the party.

According to the Ogun State-born medical doctor, the young elements who have imprisoned Adebisi and other leaders of the group are hell bent on producing the state Chairman from Ibadanland in order to realise their political ambition, maintaining that Adebisi was in the know of all that transpired during the state congress and gave his approval to the state executives elected.

He said, “It is very unfortunate that some elements within the Unity Forum who had imprisoned their leaders could go to any length to hold the party to ransom all because of their ambition. Rather than consult to achieve their aim of having the state Chairman of the party coming from their group and from Ibadanland, these young elements are insisting on having their way to the detriment of the cohension

“It will therefore be wrong for the Unity Forum to say it was not part of the state congress of the ADC in Oyo State held last Tuesday when the leader of the group, Dr. Busari Adebisi, was part of the leaders that agreed on the congress and also gave his blessing to those that were elected. The leaders of the group are following the young elements that include some elected lawmakers to make the noise so as to save their neck. “

Majekodunmi who gave assurance that the crisis will be resolved amicably, said the party is awaiting the intervention of former President Olusegun Obasanjo through whom most of the groups joined the party, stating that it is in the interest of every member irrespective of his of her group that the party become stronger in the state so as to do well in the forthcoming general elections.

Fri Aug 31 , 2018
The Special Assistant on New Media to Yakubu Dogara, Speaker of the House of Representatives, Rinsola Abiola, has dumped the ruling All Progressives Congress (APC). The late M.K.O. Abiola’s daughter in a statement on Friday said she dumped the ruling party after she was told not to consider running for […] 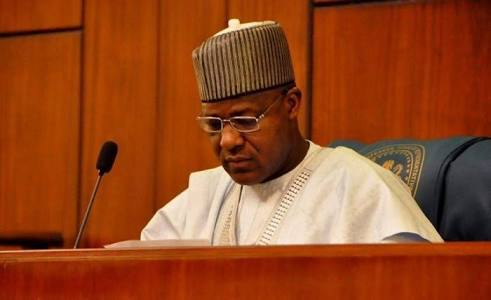