The Abuja Division of the Federal High Court has thrown out an application by the Inspector-General of Police, Ibrahim Idris, for an order that the Nigerian Senate cannot compel him to personally appear before it.

The court presided over by a judge, John Tsoho, dismissed the application for lacking in merit.

Mr Tsoho, who gave the ruling on Tuesday, said the Senate’s invitation of Mr Idris is a constitutional privilege enjoyed by the National assembly which Mr Idris is obligated to personally obey.

After failing to appear twice at the Senate plenary, upon invitation by the lawmakers, Mr Idris approached the court to demand an end to further invitation from the Senate.

Although the Senate said it invited Mr Idris to discuss matters of national security, the IGP’s lawyer said the invitation was to intimidate him, over allegations made against him by some lawmakers under investigations by the police.

In an application by his counsel, Alex Izinyon, Mr Idris said his invitation and subsequent action by the Senate were an act of “visible hatred, and undisguised contempt.”

The matter was slated for judgment on September 27 but was postponed following the recent nationwide strike by organised labour.

“The IGP offered statutory reason why he accompanied President Buhari to Bauchi on April 26 to commission project,” Mr Tsoho said, regarding the first invitation on April 26.

About the second invitation, also ignored by Mr Idris, Mr Tsoho, however, said; “It is not a good exercise of discretion for the IGP to delegate the Deputy Inspector-General.

“I doubt the claim of the plaintiff that he sent a delegate, since he did not know the scope of the briefing. I will not see any harm if the IGP had honoured the invitation. The IGP should have appeared before the Senate to convince it.

“Section 88 and 89 of the Nigerian Constitution empowers lawmakers to carry out investigations on issues of public interest,” Mr Tsoho said.

The court, therefore, struck out the case for want of merit.

The Senate had declared Mr Idris an enemy of the state after he failed twice to honour invitation by the National Assembly.

Wed Oct 3 , 2018
Lagos State governor Akinwunmi Ambode has accepted his loss in the Lagos State governorship primary of the All Progressives Congress. “I wholeheartedly congratulate the winner of the Lagos State APC Primaries, Mr Babajide Sanwo-Olu and urge all Lagosians to immediately support our party’s gubernatorial candidate in the 2019 elections and […] 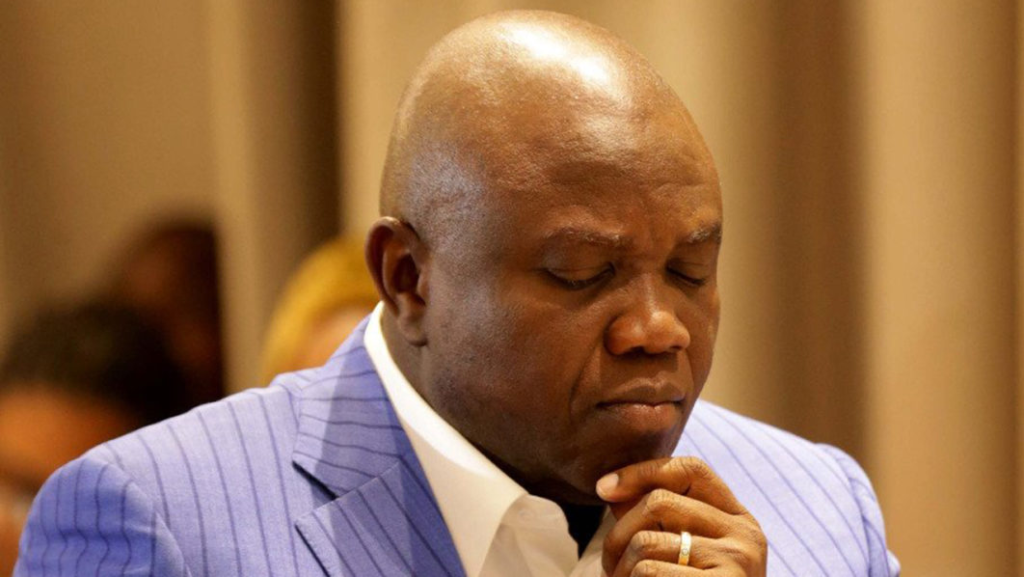