Peoples Democratic Party (PDP) yesterday admonished the Chief Justice of Nigeria, Walter Onnoghen, to protect the judiciary from the “unconstitutional and repressive fascist policies being foisted on the system by the President Muhammadu Buhari presidency.”
In a statement yesterday by its National Publicity Secretary, Kola Ologbondiyan, the opposition party said: “The admission by the Buhari presidency, on Sunday, that its obnoxious Executive Order 6, as well as the travel ban and trailing of citizens, are devised to directly interfere in judicial processes and stifle accused persons of resources, under the guise of speedy trial, has left no one in doubt that the nation is fast sliding into fascism.”

PDP alleged that the Buhari presidency had commenced an attack on the independence of the judiciary, using the instrument of blackmail and aspersion on its integrity and capacity to effectively and timeously dispense justice.

“In trying to use his Executive Order 6 to determine the process, procedures and progression of cases in court, the Buhari presidency directly seeks to usurp, commandeer and appropriate the constitutional powers of the judiciary and then arm-twist the courts and use them as ‘slaughterhouses’ for opposition members and perceived political opponents.”

“While section 6 (6)(b) provides that judicial powers of the court shall ‘extend to all matters between persons, or between government or authority and to any person in Nigeria, and to all actions and proceedings relating thereto, for the determination of any question as to the civil rights and obligations of that person, Section 36 (6) (d) provides that, ‘every person who is charged with a criminal offence shall be entitled to be given adequate time and facilities for the preparation of his defence.”

PDP said “Section 36 (5) provides that, ‘every person who is charged with a criminal offence shall be presumed to be innocent until he is proven guilty’ and Section 37 stipulates that ‘the privacy of citizens, their homes, correspondence, telephone conversation and telegraphic communications is hereby guaranteed and protected.”

To the party, the travel ban, trailing of citizens and attempt to regulate the processes of the court is, therefore, an attempt to short-circuit the constitutional powers of the judiciary and foist a fascist regime where the presidency becomes the investigator, prosecutor and the judge in the determination of “trumped-up” charges against innocent Nigerians.

PDP rejected what it described as an attempt by this administration to “return Nigeria to pre-1984 military dictatorship where siege mentality and suppression of rights of citizens was the rule rather than the exception.”

“We therefore urge the judiciary as the last hope of the common man, to immediately insulate itself from the evil machination of the All Progressives Congress (APC), which is now trying to turn the judiciary into an instrument of oppression against Nigerians,” the statement further read.

Also yesterday, the PDP charged the Chairman of the Independent National Electoral Commission (INEC), Prof. Mahmood Yakubu , not to succumb to alleged pressure to return Mrs. Amina Zakari as Director of Operations.

It cautioned the commission against changing its statute-backed stand on the exclusion of Zamfara State chapter of the APC from presenting candidates for the 2019 general elections, following its failure to conduct congresses.

In another statement by Ologbondiyan, PDP said: “Nigerians are already aware of the pressure from the Buhari presidency to re-instate Amina Zakari, as director of operation.

“While the PDP notes the redeployment of Zakari to another directorate, the party nevertheless, reaffirms its position that her continuous stay in INEC constitutes a threat to free, fair and credible 2019 general elections, given her relationship with Buhari, who is a major contender in the election.”

The party said Zakari’s removal as director of operations had been hailed by the majority of Nigerians, a fact, it said showed that voters had already lost confidence in her integrity to hold such a sensitive position, for which they prefer her outright removal from the commission.

“The case of Amina Zakari and that of Zamfara APC constitute another direct integrity test for Yakubu on his capacity, integrity and readiness for free, fair and credible general elections in 2019.”

But the APC insisted yesterday on fielding candidates for all positions in Zamfara State in spite of the INEC’s position.

Reacting to a statement credited to Yakubu that the commission stood by its decision to bar APC from elections in Zamfara, the party said nothing would stop it from going ahead to field candidates.

The Spokesperson of the APC, Mallam Lanre Onilu, said the party would satisfy requirements for the submission of candidates from the state.

“INEC cannot say that we don’t have candidates for election until the deadline has expired.

We have options of consensus, direct and indirect primaries and we are going to apply like we have done in other states, our energies, time and concerns to pick our candidates.

“ I can assure you that before the October 18 deadline, we are going to meet all INEC requirements and we are going to submit names of all the candidates for not only Zamfara but all the 36 states and the FCT”.

The party spokesman dismissed the suggestion that APC might sue INEC.

“It is not yet something for the party to take legal action, nothing calls for that. We would not be reacting to what INEC said in the public”.

He explained that after the party got a letter from the INEC, it replied to it but was yet to receive a response from the commission.

“We are on the side of the law, we had a primary in Zamfara State. We are operating within the guidelines of INEC and the constitution of the Federal Republic Nigeria.

We believe that INEC does not have the correct information on what happened in Zamfara and this we have stated in our letter to the commission.”

Tue Oct 16 , 2018
The Minister of State for Petroleum Resources, Ibe Kachikwu, on Monday said the country was looking beyond the Niger Delta in its effort to find alternative source for gas supply. Mr Kachikwu disclosed this at a breakout session at the ongoing Nigerian Gas Association 11th International Conference and Exhibition in […] 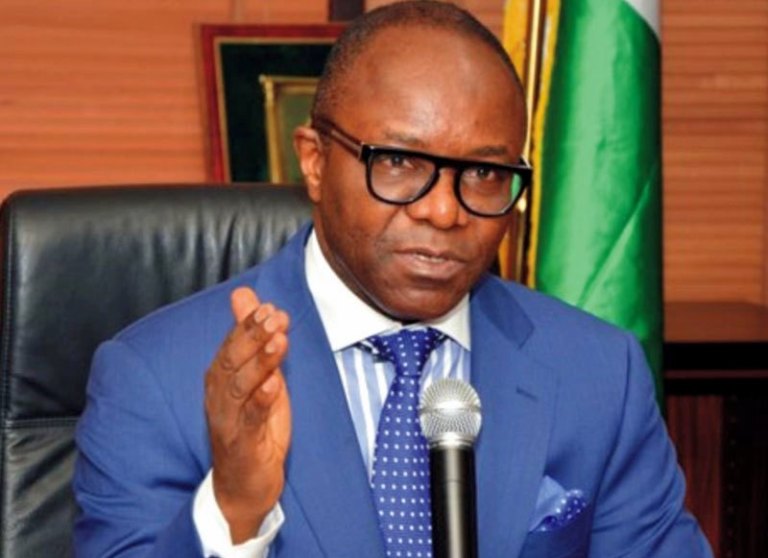