Nigeria’s Minister of Power, Works and Housing, Babatunde Fashola, on Tuesday said the present administration has done better in power generation, transmission and distribution than the opposition Peoples Democratic Party (PDP) did in 16 years of its administration.

A statement sent to PREMIUM TIMES Tuesday from the minister’s media office said Mr Fashola made this known while speaking at the Nigeria-South Africa Chamber of Commerce (NSACC) breakfast forum.

The minister explained that the achievements of the present government would be better felt if compared with the ‘realities’ it met on ground when it took over the reign of power in 2015.

“As to what we promised, I stated in my very first public briefing in November 2015 that contrary to previous practice, we were committing to a journey; first of getting incremental power, with the plan to proceed to steady power, and ultimately get uninterrupted power.

“I made it clear that our intention was to improve your power supply experience gradually rather than discuss the megawatts as quantum of power, and that any reference to the megawatts would be measuring milestones of our progress in the journey of incremental power.”

Three years after the present government took over, he said, records show that from 4,000MW, generation has reached 7,000MW, averaging incremental generation of 1,000 MW every year since 2015.

Although Mr Fashola said the nation has “moved the needle forward” and there is progress, the government has not finished its work, he said.

“How far we can go depends on what those of you who will decide who forms the next government do when you vote,” he said.

“Those of you who are well-meaning and right thinking know the answers.”

The former Lagos State governor added that feedback from consumers also reflect the impact of the results being underscored, citing instances of consumer testimonials from Magboro, Mowe and other parts of the country.

Mr Fashola explained, however, that there are people still unserved or not well served, adding that “the good news is that there is a mechanism put in place by the Nigerian Electricity Regulatory Commission (NERC) to monitor complaints by Consumers with a total of 166,543 complaints resolved out of 262,096 from January to June 2018.”

The minister said Nigerians will also have to compare this government’s plans for tomorrow with the plan of the others, in relation to prospects for the future.

“These do not include about 7,000MW of installed but inoperative power plants that are constrained either by gas supply or transmission capacity or both, about which action is being taken,” he said.

On the transmission side, he explained that the government has finalised a 10-year transmission expansion plan from 2018 to 2028, just as it has recovered 690 containers of power equipment abandoned at the ports as part of the legacy of the previous 16 years, and deployed them to the sub-stations they were originally meant for.

Currently, “there are not less than 90 transmission sub-station projects at different stages of construction,” he added.

“So, if there is any problem there, as indeed there are, it is private businessmen who should solve this problem,” he explained, adding that their ability to respond partly depends on what government does.

The minister explained further that there is 7000 MW of power operationally available but distribution can only take 5000. He said government has engaged with Manufacturers Association of Nigeria (MAN) to offer the rights to take the 2,000MW and enunciated the Eligible Customer Policy for consumers who take up to 2MW and beyond.

Wed Oct 24 , 2018
The gubernatorial candidate of the PDP in Oyo State, Engr Seyi Makinde has promised to maximise the full agricultural potentials of Oke Ogun area after being sworn in as Governor next year. In a statement issued by his campaign organisation and signed by Prince Dotun Oyelade, the PDP candidate said […] 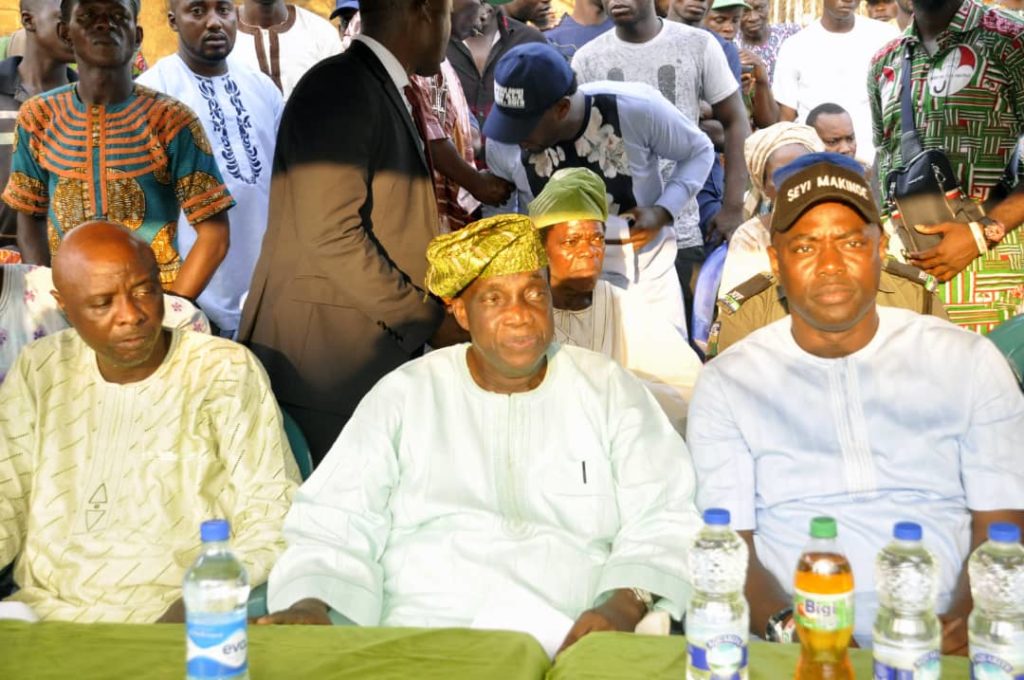