A national leader of the All Progressives Congress (APC), Bola Tinubu, has said the alleged meeting by some leaders of the Peoples Democratic Party (PDP) in Dubai to strategize on how to defeat President Muhammadu Buhari will fail.

The presidential candidate of the PDP, Atiku Abubakar, is currently in Dubai and has allegedly been holding series of meetings with high ranking members of the party to adopt best ways to unseat Mr Buhari.

Speaking Wednesday, after meeting with Mr Buhari at the Presidential Villa, Mr Tinubu said, “We don’t fear, whether it’s in the jungle, or it’s in Dubai or it’s in Abu Dhabi, people are free to meet and strategize in any way. But we are not going back to the illusion of the PDP.”

The former governor of Lagos State said he believes it is not possible for Nigerians to return the PDP to power.

The PDP governed Nigeria for 16 years from 1999 before losing the 2015 general election to the APC.

Speaking with State House correspondents, Mr Tinubu said APC’s style of governance is what is good for Nigeria.

“They say slow and steady wins the race; we inherited that from our forefathers and knowledgeable people. We can’t go back to the pit that we inherited for 16 years. They can strategize from anywhere but a leopard cannot change its skin,” he said.

Speaking on what he discussed with the president, Mr Tinubu said “the meeting is about the nation, the country, our people, peace, stability and economic progress.”

Full Support For Oshiomhole
Mr Tinubu also offered his support to the national chairman of APC, Adams Oshiomhole, who is under pressure from some of the party’s governors to vacate his position

PREMIUM TIMES reported how Mr Oshiomhole, who earlier met with Mr Buhari on Wednesday, had said only about three of the APC’s 23 governors were against him. The embattled party chairman, however, got the support of Mr Tinubu.

“We all have to respect the party supremacy. You were all here when we had the congress, we elected the new executives at the convention,” Mr Tinubu said.

“The NEC was formed and we surrendered – to avoid conflict, to avoid domination, to avoid abuses of power – we surrendered our rights, all rights to the National Working Committee headed by Adams Oshiomhole.”

Those angling to remove Mr Oshiomhole accuse him of mishandling the primaries recently held to pick candidates of the party for the 2019 elections.

The primaries have led to crises in several states including Zamfara, Imo, Kaduna, Ogun and Adamawa.

Giving reasons why the national chairman should not be under pressure, Mr Tinubu said it is the National Working Committee that has the power to set up electoral bodies to supervise various state congresses and elections.

“We signed up for it. So, if it is not in our individual favour, so be it.

“We gave three options, consensus, where there is no consensus because if you are more than two or three and you cannot agree to one candidate, you go to the next level.

“The next level is the stakeholders delegate and you have to be supervised by the National Working Committee of the party, National Executive Committee of the party; that shows party supremacy; or the freest option, the less cumbersome is to open direct primary, line up and count the number, 1,2,3. If you win, you win and if you fail, go home,” he said.

He said the party also has an appeal committee which was set up to “listen to all appeals, internal mechanism for conflict resolution.”

Thu Nov 1 , 2018
Nigerians have intensified calls for the resignation of Kano State Governor, Abdullahi Ganduje following the emergence of a fresh video where he was allegedly collecting bribe from a contractor. The two minutes, twenty seconds footage dated January 18, 2017 and posted online yesterday, exposed the contractors, projects and voice of […] 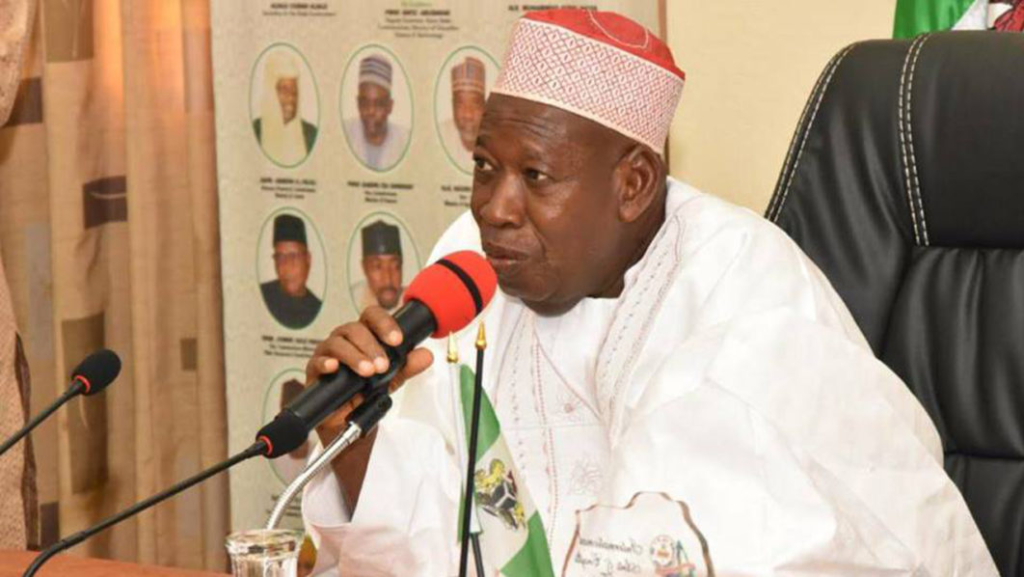