The United States Embassy yesterday asked the Federal Government to investigate the recent killing of members of the Islamic Movement of Nigeria (IMN), also known as Shiites.

The crackdown has come under criticism with some members of the public accusing security operatives of disproportionate use of force.

Members of the group took to Abuja, the nation’s capital, earlier in the week protesting against the continued detention of their leader, Sheik Ibrahim El-Zakzaky, despite court orders for his release.

“The United States Embassy is concerned by the deaths resulting from clashes between Nigerian security forces and members of the Islamic Movement of Nigeria in areas surrounding Abuja.

“We urge the government of Nigeria to conduct a thorough investigation of the events and to take appropriate action, to hold accountable those responsible for violations of Nigerian law. We urge restraint on all sides,” the embassy said in a statement.

This came as the Nigeria Police Force arraigned about 130 members of the group over an alleged five-count criminal charge bordering on disturbance of public peace, rioting and other.

The accused persons, who appeared before the Wuse, Zone 2 Area Magistrates’ Court in the FCT, were admitted to bail in various sums ranging from N50,000 to N500,000.

The defendants pleaded not guilty.

The IMN meanwhile condemned any attempt by government to link it with terrorism. Its spokesman, Mallam Ibrahim Musa, said: “The statement, which was signed by Police Force Spokesman DCP Jimoh Moshood and issued to the public on October 30, 2018, made every effort to demonise the movement to the extent of falsely ascribing terror-laden acts to it and placing it on red alert. The statement claimed that the police arrested about 400 members of the movement and they are going to be charged to court for terrorism.

“We hereby categorically dismiss any attempt to link the Islamic Movement in Nigeria to acts of terrorism. It is pertinent to note that the philosophy and ideology of Shia abhors bloodshed. This justifies why there is no single Shia group that is in any way linked to terrorism across the world and we are not an exception. Terrorism is not in our character and will never be.

“We made it categorically clear that there is a plot to use the Arbaeen Trek to intimidate and implicate the movement. It has come to our notice that the Nigerian security apparatus has commissioned its men and paid agents to massively infiltrate the Arbaeen procession scheduled to hold in Abuja in the coming days, to induce violence, with a view to smearing the movement in the eyes of the world once and for all.

“The Islamic Movement in Nigeria hereby dissociates itself from the deliberate mischief and narration of impounding petrol bombs and burning of police vehicle. This is the plot of the security agents and those instructing them from behind the scene in order to blackmail the movement.

“We wish to remind the Nigeria Police that we, as Nigerians, have the constitutional right to practise our religion or belief, assemble, express ourselves and protest as enshrined in Article 38 of the Constitution of the Federal Republic of Nigeria. We call on the general public not to be deceived by the false allegations and executive lies being spread with intent to blackmail the peaceful movement and depict it as violent, even without any traces of violence in its almost 40 years of existence.”

But a coalition of some civil society organisations urged the government to proscribe the sect. It also cautioned politicians against hijacking the clash between IMN members and security agents for personal gain.

Solomon Adodo, convener of the coalition and national coordinator, Guardians of Democracy and Development (GDD), made the call. 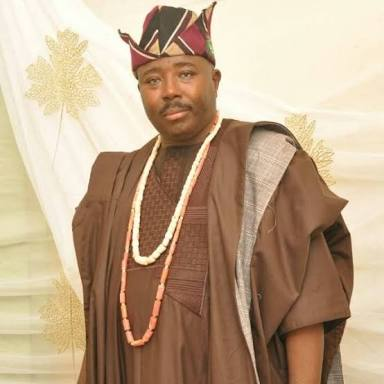