The Senate yesterday ordered an investigation into an alleged use of the Federal Government’s special intervention project funds for President Muhammadu Buhari’s re-election.

In a motion yesterday, Senate Minority Leader Biodun Olujimi claimed that the funds had become “politicised” as beneficiaries were being asked to write their names, gender and details of permanent voter cards (PVCs).

“This is one of the forms (raising it), which has on it, ‘I stand with Buhari’. It has a place where your PVC will be written alongside your gender and an attachment from Access Bank where money will be disbursed to you.

“There is no corruption greater than people using our collective fund to maintain a political party. There is a need for a committee to be set up to look into this issue,” Olujimi said.

Senate Leader Ahmed Lawan, however, described the allegation as unfounded. But as he moved to disabuse the minds of his colleagues of any untoward use of the funds, the chamber erupted with shouts of “Point of order!” Efforts by Senate President Bukola Saraki to restore decorum failed for a while.

Saraki subsequently gave the floor to Senator Dino Melaye to move his point of order. The Kogi West lawmaker asked that Olujimi’s motion should first be seconded before contributions are made. The chamber became divided along party lines, with Lawan requesting protection and an opportunity to state his point. Saraki agreed.

Shouts about point of order continued.

Senator Albert Akpan (Akwa Ibom North East) took the floor, raising Orders 49 and 52. He reiterated Melaye’s position for a seconding of Olujimi’s motion. He said contributions in support of the motion should be taken, after which lawmakers opposed to the motion would have the floor.

Saraki disagreed and asked Lawan to finish his contribution. The Senate leader said he was not against whatever the chamber wanted to do with Olujimi’s motion but stressed: “The investigation should not be turned into a political weapon.”

He told the Senate that Nigerians could still remember how the Sure-P initiative of the previous government allegedly failed. He requested the tendering of Olujimi’s document and called for an impartial enquiry.

The Senate adopted the prayer that the probe should be apolitical and also called for an investigation into the Sure-P programme.

Also, in a fresh twist to the 2019 election budget controversy, the Senate reversed its earlier decision that a total of N242 billion be removed from the Service Wide Votes and shared to the Independent National Electoral Commission (INEC) and security agencies.

Adopting a new report submitted by its committee on appropriation, the Senate said that only N121.2 billion would now be taken from the Service Wide Votes, while the balance of N121 billion would be sourced from some Ministries, Departments and Agencies (MDAs).

The joint committee of both chambers of the National Assembly on INEC and electoral matters had requested that N242.2 billion be vired for INEC and other agencies for successful preparation and conduct of the 2019 polls.

Thu Nov 8 , 2018
The ruling All Progressives Congress (APC) yesterday kept sealed lips on the claim that operatives of the Department of State Services (DSS) quizzed its chairman, Adams Oshiomhole for allegedly collecting bribe from chieftains of the party during the recently held primaries. Spokesman of the party, Lanre Issa-Onilu explained that […] 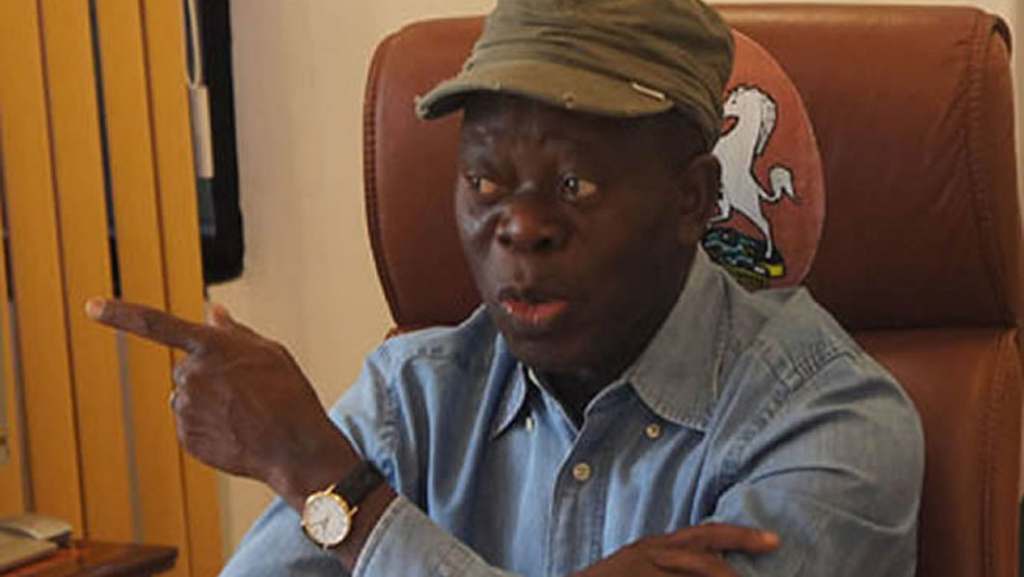