All Progressive Congress (APC) member in Jigawa State was electrocuted while hoisting a banner hosting the pictures of President Mohammadu Buhari and Governor Mohammad Badaru on an electric pole on Saturday.

The incident occurred at Kudai community, one of the ruling APC’s strongholds in Dutse Local Government Area of the State.

Jigawa police spokesperson, Audu Jingiri, confirmed the incident to PREMIUM TIMES on Wednesday. He said the deceased was identified as 25-year-old Jamilu Tukur and is survived by parents.

According to police, the incident was reported by one Nasiru Sani of Kudai community who said the late Jamilu climbed an electric pole to tie the banner and in the process was electrocuted.

“The victim was rushed to Rashid Shekoni Specialist Hospital Dutse but died immediately on arrival at the hospital. No foul play suspected, case under investigation,” the policeman said.

“No one can change what Almighty God has destined to happen, the late Jamilu is a good Samaritan loved by all.

“The number of people that registered their condolence in my house is a justification that my late son has a good rapport with people. My thanks goes specifically to Governor Mohammad Badaru for sending me N100.000 and Dutse council chairman for the gift of N15.000 and two bags of rice, one carton of Spaghetti, and a gallon of cooking oil,” he said.

A younger brother of the deceased said the incident happened on Saturday night.
”The news really shocked my ‘sensitivity’. The late Jamilu has a friendly relationship with everyone including us his juniors ones, we really loved him,” he said.

Leader of a community-based organisation, ‘Jigawa Ina Mafita’ in Dutse, Yusif Mohammad, explained that the deceased was a die-hard member of APC in the community.

”He has contributed a lot towards the development of the party, he was not among the people that were selected to paste the banners, he suddenly appeared and agreed to climb and hoist the banner,” he said.

Another eyewitness, Abdulwahab Nasiru said: “the banner carried the pictures of the president and governor Badaru, as you can see every corner in this community is decorated with APC banners and posters.

Oshiomole has no moral right to remain in politics, after bribery allegations - Saraki

Thu Nov 15 , 2018
The National chairman of the ruling All Progressives Congress (APC) Adams Oshiomhole, has no moral right to remain in politics following allegations of kickbacks levelled against him, Senate President Bukola Saraki has said. Since his defection to the opposition PDP, Mr Saraki has been in a battle with Mr Oshiomhole […] 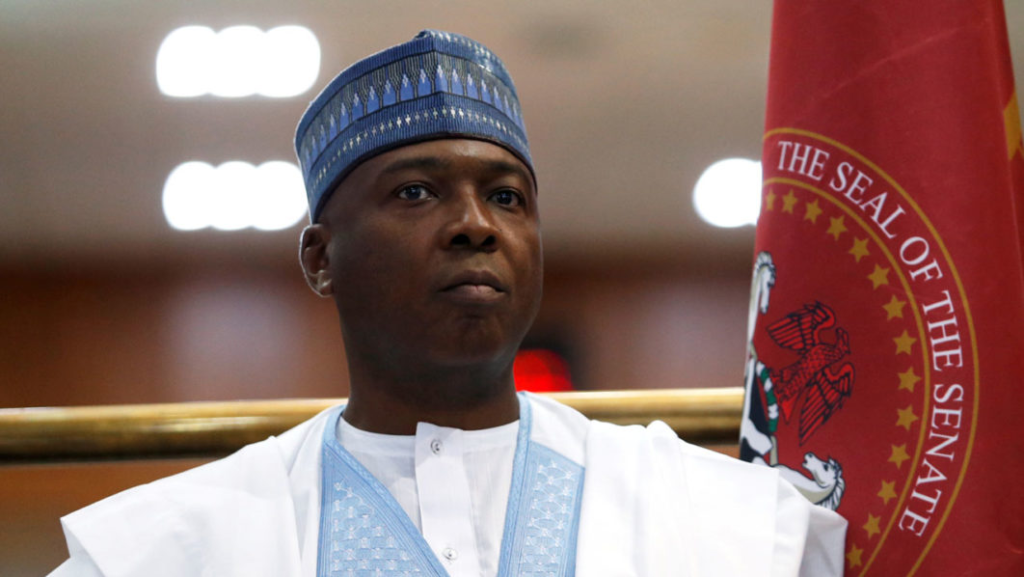