The crisis over the wearing of hijab by female Muslim students of the University of Ibadan International School (ISI) worsened yesterday as the Muslim Parents Forum insisted on enforcing the dress code in deference to the decision of the school’s management.
The Board of Governors of the 55-year-old school rose from its meeting yesterday with a resolution that the dress code of the school be maintained, but the Muslim community in Oyo State at a press conference in Ibadan rejected the resolution of the board and called on the Federal Government and Oyo State government to intervene before the crisis escalates.

The board, presided over by the Deputy Vice Chancellor (Academic), Prof. Andrew Adeyinka Aderinto, resolved that “the dress code as contained in the school rules and regulations be maintained while the school management has been empowered to enforce appropriately.”

The board appealed to parents to abide by the extant rules of the school to enable the school fulfill its mandate of providing sound education to its pupils. But Secretary-General, Muslim Community of Oyo State, Sheik Ismail Busari, while addressing journalists, harped on the need for the Federal Government, National Assembly, the state government and authorities of the University of Ibadan to intervene in the matter “to avoid escalation of the issue”.

Busari, who remarked that wearing of hijab by female Muslim students is a God-given right, which is enshrined in the constitution, however warned that “Muslims will not allow anyone to tamper with their right unchallenged.

“They are calling for anarchy, we want those in government to intervene before our God-given right is tampered upon. They should desist from calling us names, they are calling us terrorists. If Muslims can wear hijab in USA, Britain and other countries, we are Nigerians, our children should be allowed to wear hijab,” he said.

Meanwhile, the International School Ibadan Alumni Association has said the present controversy over wearing of hijab must be viewed from the lens of principles and governing laws of the school and not through lenses of religion.

President of the Alumni Association, Tive Ekpere, maintained that the uniform policy was introduced to disabuse socioeconomic inequalities, discourage segregation and minimize distraction on academic activities.

Ekpere stated that the agitators must note that “the International School Ibadan is a private school and is governed by its own policies, laws and regulations.”

“The uniform is unique and is the fabric that has bound ISI culture and tradition till today. Beyond this, the association wishes to advice that all overt religious activities on the school campus be discouraged henceforth. While we believe that every student should be free to practice whatever religion they wish, we are also persuaded that the exercise of such rights must be carried out within the bounds of civility.”

In Lagos State, barely 48 hours after the approval of hijab in Lagos schools by the state government, the low level of compliance has elicited concerns from Muslim groups and parents who flayed continuous intimidation of the female students.

Lagos State government had on Tuesday issued a circular approving the use of hijab by female Muslim students in all public schools.

The circular with reference no: ED/DISTVI/CCST/HI/14/I/63 and signed by the Tutor-General, O.A. Olukoya stated: “Since the case of the use of hijab in Lagos is still pending in the Supreme Court of Nigeria, the status quo should be maintained to avoid contempt of the court. That is, students should be allowed to wear hijabs on school uniforms but same must be short, smart, neat and in the same colour of the uniform (skirt).

“Furthermore, schools’ managements are advised to downplay comments and disciplinary actions on the use of smart hijabs until the final determination of the case by the Supreme Court. No student should be discriminated against in any form on the basis of religion. All principals and teachers must be sensitized to comply accordingly. You are enjoined to adhere strictly to these recommendations”.

But the Hijab Rights Advocacy Initiative, yesterday alleged that two teachers of Army Cantonment Girls Secondary School in Ojo, Lagos, flouted the order, molested, harassed and intimidated a 13-year-old Khadeejah Adewunmi Ajayi, thereby preventing her from preparing for her test merely because she had her hijab on her school uniform after school hours.

Executive Director, Hijab Rights Advocacy Initiative, Mutiat Orolu-Balogun, said: “Khadeejah, a JSS 2 student of Army Cantonment Girls Secondary School in Ojo, Lagos was accosted by the teachers outside the school compound after school hours and while on her way home.

“She was ordered to remove her hijab, upon fervent pleas that she would not remove it, the teachers forcefully snatched her hijab and her school bag away from her, handed them over to a military security officer at a nearby security post, while the poor girl child wept for her bag as she had tests and assignments to write and submit the next day.

“This is yet another manifestation of the intolerance of some teachers in Lagos who are supposed to stand in loco parentis to children under their watch, but have thrown caution to the wind in exhibiting their bigotry against Islam and are bent on disrupting the relative peace and the goodwill of the government in Lagos by continuously carrying out their plot that the Muslim girl child does not receive education in government schools funded by taxpayers in the state.”

However, Director, Muslim Rights Concern (MURIC), Prof. Ishaq Akintola, has hailed the state government for taking the decision, while charging all Islamic organizations in the state to immediately set up monitoring units for the successful implementation of the government’s directive on hijab.

“Muslim parents should be mobilized to visit schools for the purpose of ensuring compliance. We warn that nobody should take the law into his or her hands. Defaulting principals and recalcitrant teachers should be reported to the nearest office of Islamic organizations,” he said.

Thu Nov 15 , 2018
British leader Theresa May suffered a huge blow on Thursday when a series of ministers including her Brexit secretary quit as she tried to sell her proposed EU withdrawal agreement to a divided parliament. Dominic Raab resigned from his role at the Brexit ministry while a second cabinet minister and […] 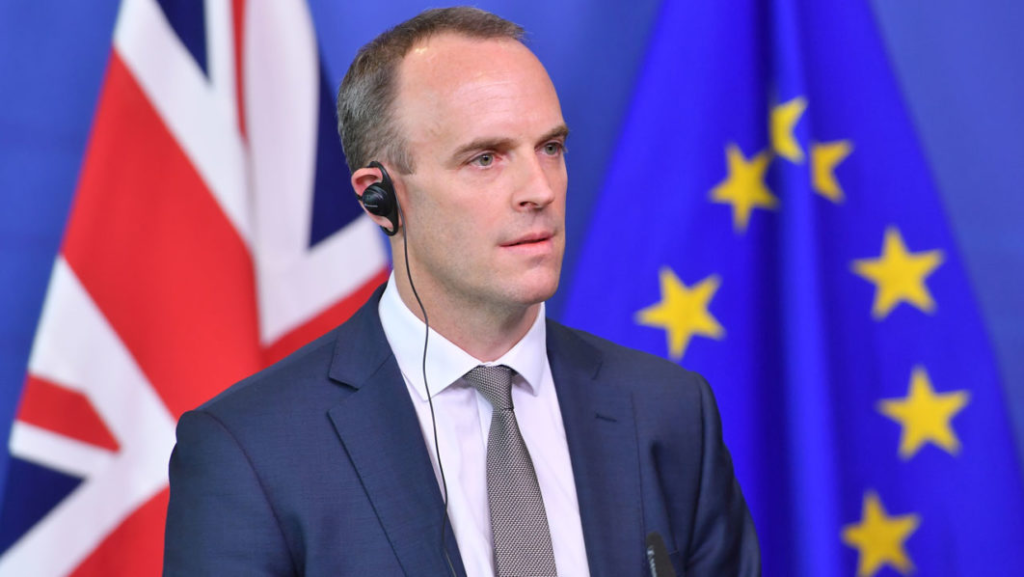