President of the Senate, Bukola Saraki, has charged President Muhammadu Buhari to prove his administration’s anti-corruption claims by conducting thorough and genuine investigation into the allegations of bribery against the All Progressives Congress (APC) National Chairman, Adams Oshiomhole.

According to Saraki, “Nigerians are eagerly awaiting how President Buhari will handle the serious allegations of bribery levelled against Oshiomhole over the conduct of the just concluded primary elections in the party.”

In a statement signed by his Special Adviser (Media and Publicity), Yusuph Olaniyonu, the Senate President said: “We expect the President with his anti-corruption campaign to institute thorough and transparent investigation into the allegations against his party chairman.

“The failure of the President to get to the root of the matter will finally destroy his ability and that of the party to continue to talk of any anti-graft battle. The President should let the investigation be thorough, open and transparent. This is no time for any cover-up.”

Saraki maintained that until the outcome of the investigation is known to Nigerians and the APC chairman is cleared of the allegations against him, Oshiomhole is not on a firm ground to talk about morality or fight against corruption.

Saraki had in response to Oshiomhole’s call on him to resign as Senate President on moral grounds, declared on Wednesday in Ilorin, Kwara State that Oshiomhole had ‘no locus standi to talk about morality in today’s Nigeria’s politics.”

The Senate president spoke yesterday as former Deputy National Publicity Secretary of the All Progressives Congress (APC), Timi Frank, expressed readiness to expose how Oshiomhole, collected over $50 million as bribe from various aspirants during his party’s primaries.

In a statement, he threatened to publish the names and amounts paid to lobby Oshiomhole to clear aspirants and substitute the names of duly elected candidates with those that failed.

Frank claimed that a large percentage of the monies was paid to Oshiomhloe through proxies from Imo, Zamfara, Adamawa and Ogun states, among others.

The former APC official, who wondered why President Muhammadu Buhari is yet to take a decisive step over the alleged bribery saga, called on him to act on the recommendations of the Department of State Services (DSS) by relieving Oshiomhole of his job.

“I dare say that by this singular act of refusing to order the prosecution of Oshiomhole over sundry acts of bribery and corruption he committed as contained in the DSS report, President Buhari has shown that his APC-led administration is a stinking house of corruption.

“We are in the know that Buhari has received the DSS report on Oshiomhole and Nigerians are patiently waiting for the action or inaction of his government because this is an administration that has claimed fighting corruption as an achievement.

“In the history of party administration in Nigeria, no party chairman has been accused of collecting the jaw-breaking amount of money allegedly collected within a short period in office like Oshiomhole has allegedly done.

“Instead of Oshiomhole to clear his name, he has taken to diversionary path asking the Senate President, Senator Bukola Saraki to resign. Nigerians are not gullible. We shall wait to see how the acclaimed anti-corruption regime will act on this particular issue.”

“This same Oshiomhole has been attacking the Senate president, calling on him to resign on moral ground, can Oshiomhole now step aside while investigation into his financial malfeasance is ongoing to justify his much talked about morality?” Frank asked.
The DSS is believed to have, after interrogating Oshiomhole, askedE him to resign over allegations of bribery and corruption against him.

Sun Nov 18 , 2018
An organized youths group under the aegis of Oluyole Youths Movement has pledged its unalloyed support for the victory of all of the standard bearers of the African Democratic Congress, ADC in the coming general elections. The group made the decision on Saturday at the familiarization contact moderated by […] 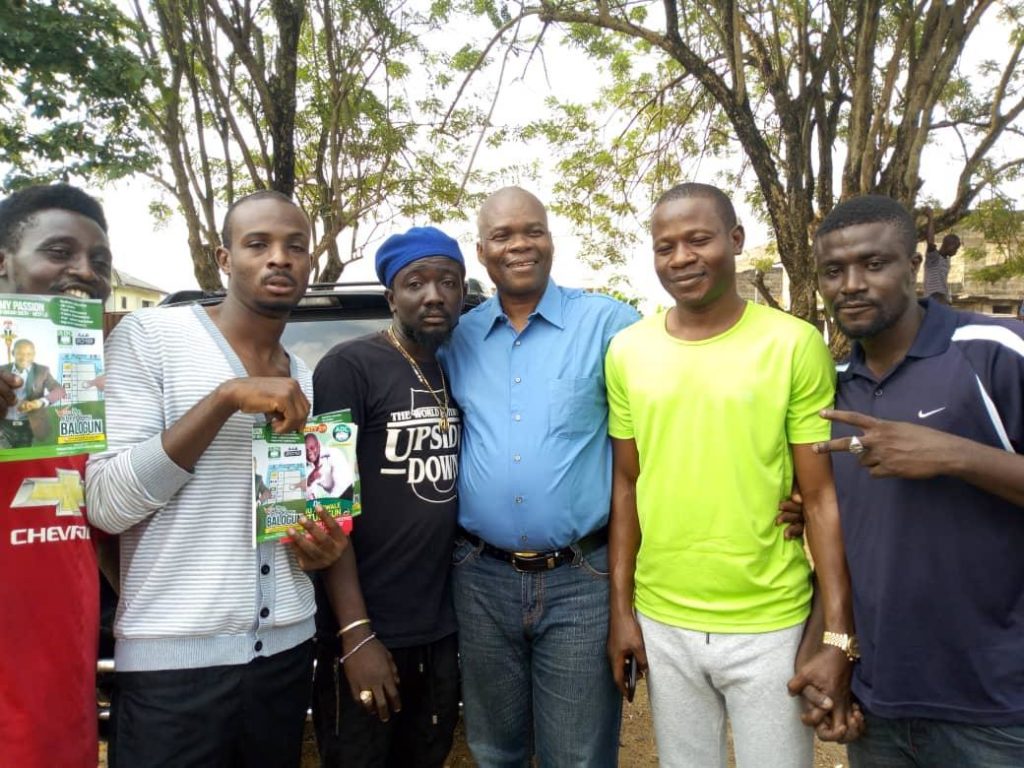