Seyi Makinde in his brief remarks said security in the state has worsen, even though the state collects security taxes. He assured that the PDP government to be headed by him will provide adequate security. He also spoke about the poor state of Ladoke Akintola University and his intention to improve the fortunes of the institution when he becomes Oyo state  governor, Makinde also expressed his plans to improve the agricultural potentials of Ogbomoso.

The royal father advised the PDP governorship candidate to be true to his promises and continue to maintain his gentle mien even when he becomes the governor of the state. He then prayed for Seyi Makinde and gave his blessings for the success of PDP and it’s candidates.

Earlier the  former governor of Ekiti State and PDP south west campaign coordinator, Ayo Peter Foyose, in his brief remarks, described Makinde as a God fearing man who has good intentions for the People of Oyo state. He urged the royal father and the people of Ogbomoso to support the Makinde and other candidates of the party.

Wed Jan 9 , 2019
Sen Olufemi Lanlehin, the gubernatorial candidate of the biggest opposition party in Oyo State, African Democratic Congress (ADC) gave an insight into how it intends to bring smiles to the face of Oyo State suffering masses immediately he is sworn in as the Executive Governor of Oyo State. The […] 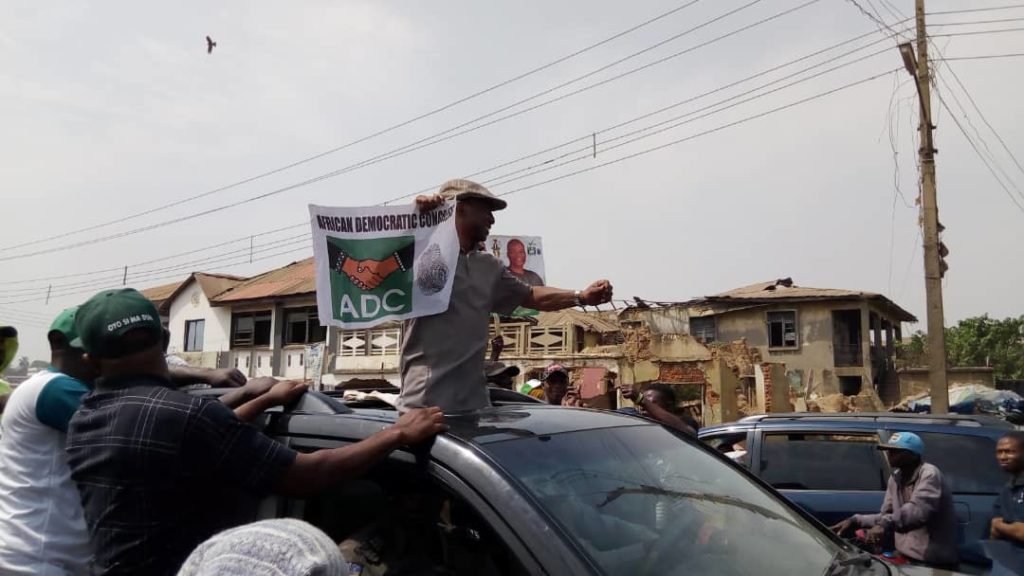