The Oyo State Chapter of the All Progressives Congress (APC) has said that the gubernatorial candidate of the Peoples Democratic Party (PDP) Mr. Seyi Makinde is suffering from perennial losses. This was contained in a signed statement by AbudulAzeez Olatunde, APC publicity Secretary, made  available to sunrisebulletin.com

The APC stated that the recent statements credited to Mr. Makinde, about the N Power program showed that he is a frustrated man who should not be dignified with response anytime he vents his uncoordinated vituperations.

The State Publicity Secretary of APC,  urged Mr. Makinde to focus on an issues based campaign rather than his campaign of calumny, noting that his comments on issues always prove that he is very naïve about public governance.

Olatunde stated further, that Mr. Makinde’s comment on the recent rally organized by the beneficiaries of one of the social investment programmes of the APC government, N-Power, was unexpected from a person positioning himself for the exalted seat of a governor, stating that an intelligent person will know that PDP that is synonymous with fraud and maladministration can never initiate, manage or sustain such a laudable and beneficial programme.

The APC stressed that rather than Makinde condemning the APC for the rally, he should gather the beneficiaries of the failed PDP Sure-P and YouWin programmes to organize a similar rally for the PDP.
According to  Olatunde, “it is a pity the best hand PDP can put forward for a gubernatorial election is a novice in public governance. Rather than Makinde to engage on issues based campaign and tell the citizens his plans, he is busy displaying his ignorance with the statements credited to him.

“Such an individual should always be ignored but in politics, one should always give them a dose of their drug. An intelligent person would have known that election is not won by billboards. We wonder why we will feel intimidated by Mr. Makinde’s billboard. He had similar billboards in the 2015 election and still came a distant 5th. We do not need any soothsayer to predict that Makinde cannot fair better in the 2019 election.

“It is understandable that his perennial losses have led to frustration because if not, it is only a novice that would complain about the N-Power rally which was organized by the beneficiaries themselves. To show their enthusiasm, majority of these N-power beneficiaries painted their faces before the rally which was also used to launch a programme tagged Build the Future.

“The beneficiaries of the APC Social Investment programmes including N-Power were not selected based on party affiliations or associations but open to all Nigerians. So it is understandable if some beneficiaries dissented about the rally.

Their plight should be understood as they are part of the ilk of PDP whose Sure P and YouWin were only for its members and poorly executed.
“We appeal to Makinde to focus his campaign on issues and programmes that will benefit the masses rather than embarking on cheap publicity which will fizzle out after the election as usual. We urge those that are close to him to lend him a helping hand in controlling his frustration in order not to degenerate to something else as another failure awaits him in the 2019 election,” Dr Olatunde said.

Dr Olatunde assured the people that APC will not relent in delivering the dividends of democracy, promising that the party will sustain the peace, development, welfare and revolution of Governor Ajimobi in the state with the candidature of Chief Bayo Adelabu.
— 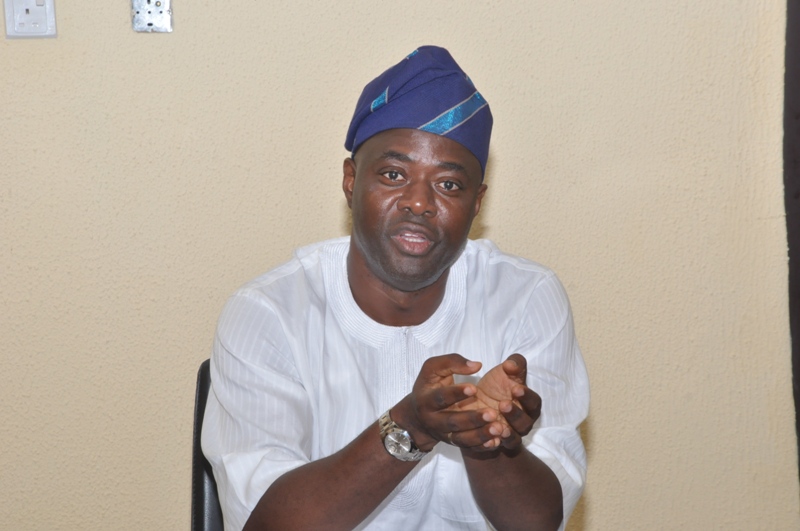