Former secretary to the state government, Chief Busari Adebisi has affirmed his membership and loyalty to the African Democratic Congress, ADC in Oyo State.

Adebisi, a member of the tripartite steering leadership of the ADC made the disclosure on Tuesday at a press briefing at his Oluyole residence.

He disproved the hallucinations making round of his purported endorsement of candidates of the People’s Democratic Party, PDP which was misconstrued with the courtesy visit made to him by the bigwigs of the party including its gubernatorial candidate of the party, Engr. Seyi Makinde and Mr. Kola Balogun, the candidate for Oyo South senatorial district.

Chief Adebisi who is a prominent leader of the breakaway faction of the ruling All Progressives Congress, APC popularly tagged the Unity Forum said the ideology of ADC reflects that of late former Governor Alh. Lam Adesina which is laid on the idea of social welfarism with major attention on the ordinary people of the state.

“It’s a new dawn for party politics and the people of Oyo State. Since the time of Late Chief Lam Adesina, we have been influenced by the flair for the social democratic pursuit to our people but the ruling party derailed in terms of ideological and democratic standards, which some of us stand for.”

“With our formidable ADC, we intend to rekindle the heritage of the Great Lam and rescue Oyo people from the excruciating experiences the current government has thrown them into for about eight years”.

“We are dissatisfied by the groaning posture, impoverishment of our people in Oyo state. We have enormous pity for them which has spurred us to salvage them from the cloaks. It’s not in the interest of the people to support any continuity of this administration. Such is only tantamount to an extension in suffering. We must and are ready to return our people to social welfarism, which our party stands for”, he noted.

On the stakes of ADC in the coming election, he stressed that “ADC remains the only ideologically-progressive party in Oyo state. Some politicians who flock around us willingly opted out when they observed that our mandates do not incline with their selfish interest.

“I want to say unequivocally that ADC will win the forthcoming gubernatorial election because we place man as the centrepiece of our policy.”

Adebisi emphasized that internal crisis that arose from the choice of the gubernatorial candidate has been resolved and all litigations by the aggrieved members would be withdrawn from the court any moment now.

He also assured the pressmen that the aggrieved aspirants had unanimously resolved to passionately support the decision of the party leadership and the candidature of Sen. Olufemi Lanlehin as standard bearer of the party for the next gubernatorial election.

He extolled the choice of Lanlehin candidate as appropriate and soothing to the undue deprivation of the teeming masses of the state from the seamless insensitivity and sheer derailment of outgoing administration in the state.

He described Lanlehin as the best candidate in the forthcoming gubernatorial election with a clear vision of purposeful and responsive governance with enviable track records in the grassroots development as immediate former Senator of Federal Republic of Nigeria.

Chief Adebisi confirmed that his main priority in the current electioneering is to ensure the enthronement of ADC as next ruling party with massive number of legislative seats in the state and national assembly with Lanlehin steering the administration of the state as people’s Governor.

He therefore urged the teeming members of the ADC across the 33 local government areas of the state to remain steadfast and committed to the victory of the party by intensifying their efforts reaching out to the people in their neighborhoods to vote the real party of the people for the betterment of all and sundry.

Wed Jan 16 , 2019
From Thursday, 17th January, 2019, workers at the Ladoke Akintola University of Technology will begin what they described as ‘3-day on, 2-day off’ strike model. A statement signed by the secretary of the joint action council, Comrade Fajoye Hamzat, disclosed that the strike became imperative as “the management has once […] 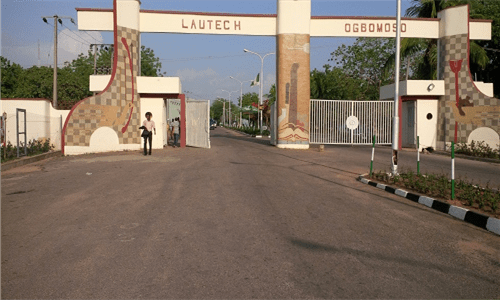