The commissioner of Police Oyo state Mr. Abiodun Odude has warned that  any politician that  promotes  violence  in any form before, during and after the forthcoming elections, will face the full consequences of the law.

Mr Abiodun Odude, gave this warning on Thursday in Ibadan at a  stakeholders meeting and signing of peace accord by party leaders and their candidates
“It is either the politicians or their supporters participate peacefully in the election and play by the rules or be put behind bars because the command would not give any chance for those who want to cause violence,’’ Odude noted.

He also charged politicians carrying arm to desist from the act, emphasizing that the command would deal decisively with anyone caught irrespective of his or her status in the society.

Odude  reminded participants at the that the law prohibiting the proliferation of illegal arms was still in force.

He decried the recent activities of some overzealous party supporters whose actions and utterances were capable of threatening free, fair and credible elections in the state.
“Recently, the command has been inundated with petitions by some aggrieved party loyalists who complained that their posters and bill boards were maliciously defaced or destroyed by unknown agents of opposition parties.”

“Some political parties have begun to make inflammatory remarks and hate speeches aimed at denigrating their opponents.”
“I call on all party leaders, candidates and their supporters to exhibit high sense of responsibility and decorum and play the game according to the rules, especially at campaign rallies.”

“We expect politicians, especially candidates, to warn their supporters against engaging in embarrassing acts,” Odude said.
The commissioner said the command would not fold its arms while some disgruntled and anti-democratic elements set the state on fire.

Also speaking, Mr Mutiu Agboke, the Resident Electoral Commissioner (REC) in Oyo State, assured politicians that the commission would not connive with anybody to win or lose election.
Agboke urged politicians to do what was right, saying votes would count in the elections.

The representatives of political parties signed the peace accord and promised to support the security agencies in ensuring peaceful elections.

Fri Jan 25 , 2019
The Oyo State Governorship candidate of the people’s Democratic Party, Engineer Seyi Makinde has reiterated the party’s commitment to empower all local government by making them functional in order to  fast track rapid development of all communities and villages in the rural area of the state. Engineer Seyi Makinde disclosed […] 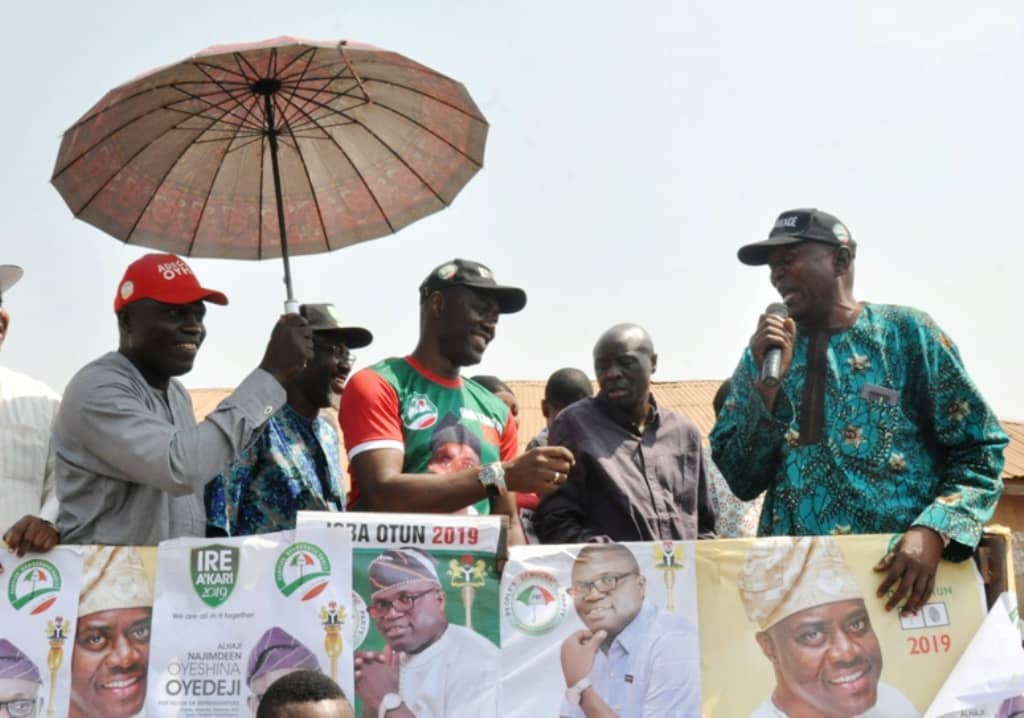