A group working for the success of the All Progressives Congress, APC, in Oyo State, Pacesetters Support Group, PSG, has said the state needs Oloye Adebayo Adelabu in order to continue and consolidate on the achievements of the outgoing governor Abiola Ajimobi.

A press statement jointly signed by the statewide convener, Barr Bosun Oladele and Messrs Tosin Ayoade, Leke Ibrahim and Adetoyese Akeem Ishola who are coordinators for Oyo South, North and Central respectively, stated that the state would fare well if an APC administration is elected to continue from where Ajimobi would stop.

This is just as the group thanked voters for supporting the APC in the presidential and National Assembly elections in the state.

The group which explained how it had been mobilizing support for the Adelabu and other candidates of the party added that “Oyo State can not afford to play opposition politics at this point in time,” adding that “Oloye Adebayo Adelabu, with his loaded antecedents and exposure, is the best man for the job.”

While urging electorate to troop out and vote en masse for Adelabu and others, Oladele disclaimed insinuation that he has defected from the APC.

According to Oladele, who is currently representing Oorelope/Irepo/Olorunsogo federal constituency in the House of Representatives, “I have never and will never dump the Progressives’ fold for anything. Even when I was not given the ticket to run for the second time, I didn’t contemplate it. I am committed to the ideals of progressivism and nothing will stop me from spreading the gospel.”

LAUTECH Management Condemns Invasion Of Its Campus By Politicians

Thu Mar 7 , 2019
Management of the Ladoke Akintola University of Technology (LAUTECH), Ogbomoso, has decried the invasion of its main campus by unknown politicians in the earlier hours of yesterday. A statement signed by the Registrar, Dr. Kayode Ogunleye, on behalf of Management, explained that educational institutions such as LAUTECH are apolitical […] 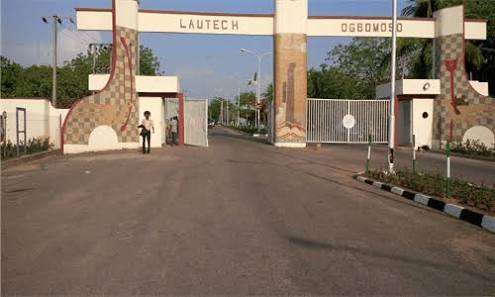