A social-cultural group comprising of the friends of Engr. Olasunkanmi Tegbe a renowned management consultant and a  governorship aspirant of the APC during the 2019 Elections has advised the candidate of the party in the last governorship election, Bayo Adelabu to behave as a gentleman and stop the harassment of the TEAM TEGBE. Read full text of the release below.

2. TEAM TEGBE wishes to state clearly that it is not a political association. It is made up of friends of Engr Joseph Tegbe who are not necessarily members of the APC but who strongly subscribe to the view that their friend Engr Tegbe has enormous capacity to take Oyo State to greater heights reason why they backed him in his bid to secure the governorship ticket of the APC.

Once Tegbe was robbed of the ticket each member of the team went to their different political and social habitat.

3. Tegbe’s political structure remains the Tegbe Vanguard whose members are rooted in APC and not Team Tegbe.

4. This clarification becomes necessary in view of the embarrassment and harassment friends of Engr Tegbe have been suffering in the hands of Bayo Adelabu and/or his agents and proxies before and after the governorship election.

5. We wish to advise Adelabu to take his loss in the last governorship election in good faith and be a gentleman just as Tegbe did when he was robbed of the APC governorship ticket last October.

If he does not desist from these ignoble acts, he will be sending wrong signals to the people of Oyo State about his maturity .

6. Finally, we wish to state unequivocally that the friends of Engr Tegbe will use all legally available means to resist further harassment, embarrassment and / or any form of intimidation from the Adelabu camp.

Mon Apr 22 , 2019
EKITI State Governor, Dr Kayode Fayemi, has inaugurated the first ever Hike Ekiti Mountain, which was attended by hikers from within and outside the country. Fayemi, represented by the state’s Chief of Staff, Mr Biodun Omoleye, noted that Ekiti State has the largest number of mountains, which according to him […] 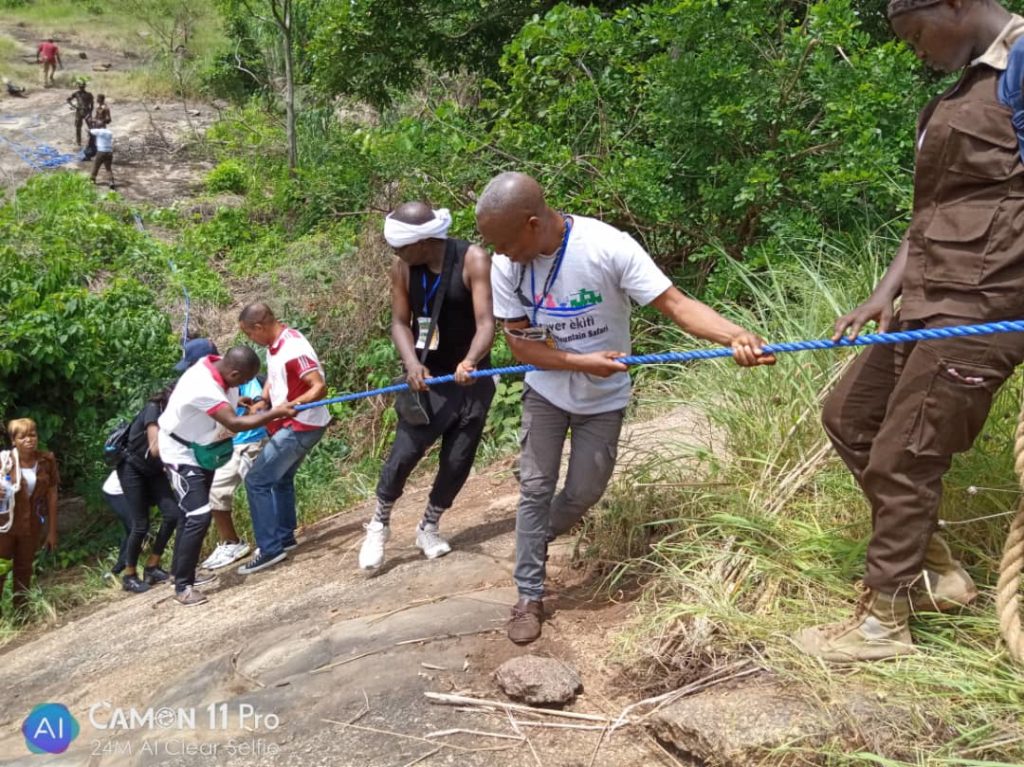 IPMAN Backs Fuel Hike, Says Members Will Not Be Part Of NLC Strike