Abiola Ajimobi, Governor of Oyo State, got stunned as  Seyi Makinde, the Oyo Governor-elect and candidate of the Peoples Democratic Party (PDP), fires him serious warning over minimum wage on Saturday April 27 2019.

Seyi Makinde  cautioned the outgoing administration in the state against negotiating the implementation of the newly approved N30,000 minimum wage with the labour unions in the state.He stated this in a statement issued on his behalf by Prince Dotun Oyelade made available to newsmen in Ibadan.

According to the statement, the governor elect “queried the intention and sincerity of the outgoing government to open negotiation with the labour unions on the implementation of N30,000 minimum wage in Oyo come this Monday which is exactly 30 days to the exit of the Governor Abiola Ajimobi led out going administration.

The governor elect stressed that there ,”is nothing the lame duck government wants to achieve other than to complicate things for the In-Coming government in exactly the same manner. it is doing in awarding fresh contracts and rolling out largesse to fellow politicians and friends.”

Recall that it was reported that the Oyo state Commissioner for Information, Culture and Tourism, Mr. Toye Arulogun on Friday said the state government will next Monday open up discussions with labour leaders in the state on the modalities for implementing the new minimum wage as approved and signed by President Muhammad Buhari for immediate implementation.

Emphasizing that he looks forward to a progressive relationship with the new NLC exco in Oyo state led by Comrade Bayo Titilola Sodo, Engineer Makinde warns against any booby traps in the planned negotiation by the outgoing government.The Governor elect pointed out that he was satisfied with the level of rapport he had with the NLC during and after the election and hope that this will be maintained as the new NLC executive assumes the mantle of leadership.

He reiterated his commitment towards ensuring that nothing short of the interest of workers will be acceptable to his administration as he applauded the rancour free consensus that heralded the new Chairman as a good sign that democratic maturity has always been a virtue of the NLC, saying he believes that the new NLC leadership i”s circumspect enough to understand the ongoing theatrics.”

Sun Apr 28 , 2019
The Nigeria Governors Forum (NGF) will on Monday begin an induction programme for newly-elected and returning state Governors.   The forum said in Abuja on Saturday that the initiative is aimed at supporting incoming governors to develop key governance and management skills that will enable them transition from campaigning to […] 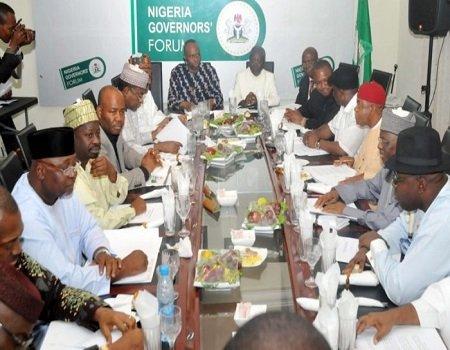