It was gathered that his appointment takes immediate effect as a result of the urgency and importance attached to the board’s activities, so as to quickly commence the process of educational revival in the state.

Sunrise News Bulletin was at the office of the new SUBEB chairman to capture the rousing welcome given to the new boss by the entire members of staffs and management of the board. Recall that Dr Adeniran as a former commissioner for education in the state is not new in the educational terrain of the state, it is on the backdrop of his track records in the effective and efficient management of human and material resources at his disposal as commissioner which most members of staffs attested to that propelled such jubilation and excitement by the workers upon his official resumption.

In a brief  address to the staff and management of the board Dr Adeniran thanked the governor for reposing such confidence and trust in him by entrusting him with one of the most herculean task as a result of the current state of education in the state.

He promised to justify the governor’s trust and confidence in him by fully deploying his wealth of experience and professional knowledge in the discharge of his duties.

He  reiterated the determination of the governor, Engr. Seyi Makinde’s committment towards fulfilling his electoral promises. He further stated that it is paramount for all hands to be on deck as it requires collective efforts to achieve the desired success, promising that workers welfare which he is widely known for will be of utmost importance to him.

He stressed that the thing that can bring him at loggerhead with the workers are laziness and engagement in sharp practices.

He thanked the managenent staff for such rousing welcome accorded to him and prayed his reign brings smiles and laughter to the face of everyone.

Wed Jun 26 , 2019
Oyo State Governor, Engr. Seyi Makinde, has named a former Minority Whip of the House of Representatives and former Publicity Secretary of the pan-Yoruba socio-political group, Afenifere, Honourable (Chief) Babatunde Oduyoye, as his Special Adviser on Strategy and Political Matters.   A statement by the Chief Press Secretary […] 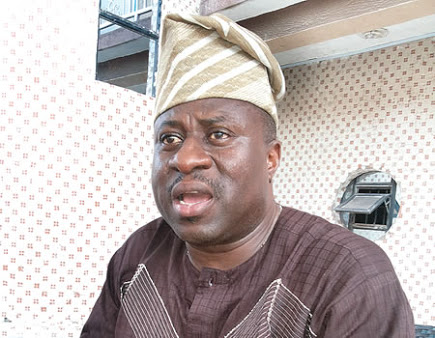