The founder and presiding pastor of Christ Disciples Restoration Rhema Assembly International, has responded to one of the trending issue bothering on rape allegedly committed by pastor Biodun Fatoyinbo of COZA as alleged by Mrs.  Busola Dakolo. In his reaction, the prophet stated that the issue is sad and unfortunate most especially as it bothers on a pastor in the entire body of christ. He said “i can not say for sure who is telling the truth and who is telling lies because nobody was there with them but one thing i know for sure is that between the two of them the one telling the truth knows and the one telling lies know ultimately God who sees and knows all secrets will let justice prevail.”

The prophet further said “if this matter has been exposed long before now when all was going on well between pastor Fatoyinbo and the Dakolos, it would have put one at good position to make a categorical comment on the matter but since the allegation is coming out after Busola’s husband was reportedly suspended as the church choir director, it leaves one to think there may be more to this and only time will tell.” The firebrand prophet has sent words of prayer to the families of Busola Dakolo and Pastor Fatoyinbo that God will heal all hurting hearts and reveal Himself as God of all secrets through this unfortunate incident, he further stressed that the rape case is not just an accident as it is part of God’s devine program for the repositioning of all shephards and sheeps in His vineyard at this endtime. He noted that CAN as the unbrella body for all christians and churches in Nigeria has a lot of work to do most especially now that unemployment ravaging the society has led many people into hearing strange calls into the ministry thereby springing up churches everyday. “CAN needs to put up strong mechanism in place to determine who received genuine call from God into the ministry through their evidence of calling. “God can not call you for a special assignment in the ministry and not give you an evidence to back your calling, and i trust the current CAN president who has an unquestionable record in the vineyard of God under the Baptist Church, to be led by the holy spirit into doing the right thing.” the preacher further stressed that the many bible schools set up by different churches spread across the country is partly reason for having wolfs among sheeps on the alter.

When pressed further on his views on the proposed federal government RUGA program and the massive protest reaction trailing it, the firebrand prophet maintained that there was no need to even contemplate such program by the federal government in the first place except the government is not telling us what we need to know. “The president has ones addressed the world and  international media by letting us believe that those herdsmen destroying peoples lives and properties thereby constituting major threat to our very existence are foreigners from war ravaged african countries, and since there is no way we can identify and separate the good Nigerian herders from the bad foreign herders, there was no basis to ask Nigerians to embrace them therefore, the program is not a welcome development as it will heat up the already heated up polity. He therefore adviced President Buhari to always allow peace and security to be at the centre of his agenda at all time because the country will only be able to witness real development when there is peace and security in the land.

Fri Jul 5 , 2019
Prior to the allegation against the former minister of information Mr. Lai Mohammed over the misappropriation of 2.5 billion, Mr. Lai Mohammed has been scheduled to appear before a Federal High Court, Abuja, on the 2nd of October, 2019 to explain why he approved the release of the said […] 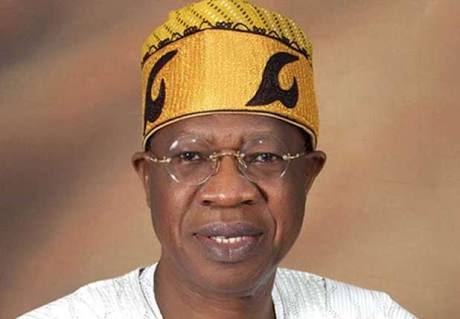