Miyetti Allah Cattle Breeders Association of Nigeria (MACBAN) has condemned and distance itself from the killing of Mrs Funke Olakunrin, daughter of the leader of Afenifere, Pa Reuben Fasoranti. A statement issued by Mr Baba Ngelzarma, the National Secretary of the association on Saturday in Abuja, said MACBAN commiserated with Fasoranti on the death of his daughter. He said the deceased was reportedly shot on Friday along the Kajola-Ore road in Ondo State by those the police described as armed robbers. Ngelzarma said “the association expresses our sincere heartfelt condolence to the family of the deceased”.He added that the association was shocked on how a section of the media in collaboration with elements in the country is using the opportunity to fuel crisis in Nigeria. He regretted that these elements continue a negative profiling of Fulanis for their total annihilation by jumping into a mischievous conclusion that the deceased was killed by herdsmen.“We strongly condemn this very unprofessional, unpatriotic and callous news reportage patterns that have been employed and deployed against our people by the section of the media.“We are calling on security agencies to swing into action and unravel the perpetrators to bring them to justice in the shortest possible time,’’ he said.

Sun Jul 14 , 2019
By Odeh Henry   The chairman and leader of Afenifere, Pa Reuben Fasoranti, 94 years of age has broken his silence amidst flow of condolences,  following the killing of his daughter, Funke Olakunrin, saying he never believed he would not be seeing her again. It was reported that Pa Fasoranti […] 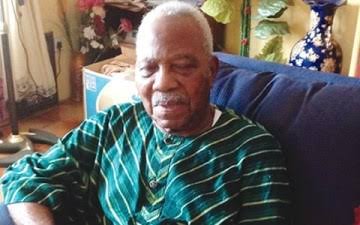