The Oyo State House of Assembly on Tuesday on a brief visit to the General Offcer Commanding (GOC), Odogbo, Ibadan, has said that roles of the Nigerian Army in maintaining internal security and addressing the rising insecurity in the country are crucial.

The Speaker, Oyo State House of Assembly, Hon Adebo Ogundoyin stated this at the 2 Mechanized Division of the Nigerian Army Odogbo, Ibadan, in continuation of the lawmakers visits to Service chiefs in the state.

Ogundoyin said “as the largest in West Africa, the Nigerian Army has continued to bear the brunt of the nation’s security challenges hence he called for more supports in terms of logistics, training and moral boosting for the soldiers.

He explained that members of the 9th Oyo Assembly were at the Odogbo Barrack of the Nigerian Army to seek for an improved working relationship with the military in the collective task of securing the lives and properties of residents in the state.

The Speaker maintained that the spate of insecurity in the country has continued to negatively affect the nation’s economy, he added that the PDP Government in Oyo state is placing security in the state as top priority to enable citizens move about their daily activities without any fear or  intimidation while creating a secured and enabling environment  that will attract local and foreign investors to the state.

Ogundoyin who commended the collaboration of the Nigerian Army with other security agencies in the state in the past called for more of such working relationship in addressing the problems of kidnapping , killer herdsmen among others in some parts of Oyo state.

The General Officer Commanding 2 Division of the Nigerian Army ,Odogbo Ibadan, Major General Okwudili Azinta, lauded the lawmakers for the visit and assured that the Nigerian Army will complement the efforts of other security outfits in order to have a peaceful and more secured Oyo state..

The GOC who said Government will not achieve its set objectives nor implement its policies in an atmosphere devoid of peace and security expressed their resolve to support the activities of Government at all levels.

While answering a question on the alleged firing of AK 47 rifles into some neighbouring communities during live firing practice at the Cantonment range, the GOC said it was virtually impossibly for the projectile to travel up to a distance of 2000metres and wreck havoc as claimed.

He explained that the effective range of the main weapon, AK 47 rifles being fired at the range is only 800metres stressing that there is a stop-butt designed to absorb and prevent any projectile from travelling out of the range area during live firing.

Fri Jul 19 , 2019
By Odeh Henry   The Chairman, Oyo State Peoples Democratic Party (PDP) Alh Kunmi Mustapha, has described the reactions of Oyo State APC to the voluntary assets declaration by Governor Seyi Makinde at the Oyo state office of the Code of Conduct Bureau (CCB), as wreckless, unpatriotic, uncharitable,  and a […] 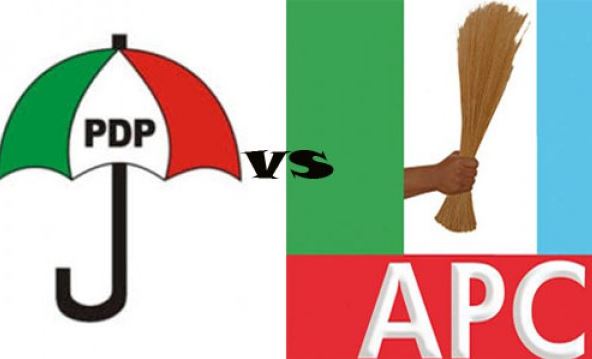