My life’s journey to explore the amazing night life in Ibadan (also known as the city of brown roof) started with my decision to hang out with a set of new friends I just made. I decided to take one of  them, Tobi (not the real name), on this fateful Friday round the city since he is new in  town.

We began our expedition from House 25- a cool hang out and lounge located at a very coded region of Old Bodija, Ibadan.

Meanwhile, I had earlier called a homie from way back, Kayode, but we call him Kay (we have been calling him that from childhood). After he had relayed how he spent the productive hours of the day, we agreed to meet at the aforementioned location. He is a guy I can boldly say is as street as it may to know where the evening is set to start.

We had some chat, met some new dudes who are Kay’s friends and then Tobi showed up with some of his friends who are media guys from Lagos.

We exchanged pleasantries and we were all introduced to one another so as to get to know ourselves. I must confess, those guys are really cool. We played pranks, we talked about work, street hustles and the likes. We also talked about marriage, and how boys have been balancing family life with happenings in the street (your thought might be right).

After we had kept some bottles silent at our first location, all five of us decided to leave for another joint called GQ at about 10:40pm, where another guy (a conference Guy) joined us.

He talked about his work, his boss, the media jobs he had previously done (some profitable, some not). He also talked about how men in the industry have outsmarted one another.

The bartender was then called upon to calculate the night’s bill. Thereafter, at 12:45am, we headed straight to a club in the same building.

At that time of the night, I knew I was not going home again. This was when I realized it has been two and half years I last spent the night outside my home.

There were both male and female dancers 👯dressed in club  outfit, satisfying the quest for fun with their dance steps. Some  ladies danced around the poles in the club, while others who came in pairs did the two can do the dance thing.Those who also came in groups had their fellow party people dance around them.

One of the pretty bartenders, all dressed in white, showed us a price list of the club drinks but they are extremely expensive.  We perused the list and decided we have had enough drinks for the night, so, we simply declined.

We later on moved to the executive section of the club to have a clearer view of what was happening. Then, my friends from Lagos announced they would be calling it a day, and that was around 1:30am.  We bade ourselves goodnight, and they left the club.

I already knew going home was not an option for me, so, my niggie, Kay suggested we go to another hangout. Interestingly, I became suddenly eager because it has been long. He said there are places in Bodija you never knew existed, and anxiously, I said, ‘tell me more’.

He answered ‘let’s drive down the road’. We did, and in less than 10 minutes, we got to Platinum Club. He alighted and I followed suit. Lo and behold! it was a st…p club.

I have never been to one before, which made me exclaim unconciously., My dude spoke the code to the bouncers, sorted them and we were in.

The scene was totally different from where we were coming from: a darker room, with lots of club lights, sparkling and hovering around, with the typical club chairs at strategic corners of the hall.

What fascinated me when we entered was the number of white guys seated in the room, they are probably expatriates.  Almost everybody in the room was feeding their eyes on the strippers’ professional and magical acrobatic display.  They were pulling stunts, doing what they know how to do best, jumping up and down the swing pole.

Every guest was treated specially because the club is located in a region full of elites and the well to do members of the society.

The dolls ( ☃) went up to each new customer that came in, exchanges pleasantries, ask for what they care to drink and will say, once you make an order and supply is made, they automatically become your guest , by this, I mean ,you are given a complimentary Lap dance but if you want something much exquisite, you will have to pay a token depending on how long and the exact escapades you want.

I actually had a taste of the experience as my friend sure did fix me up with an average size 7 doll, who came over, asked me some naughty questions while she touch my chest and later went down my… (your thoughts is definitely wrong).

But at this time, instead of enjoying with the whole activities, I became more curious about how they handle their every day customers.

While she does her thing, I politely asked her questions about how she copes with customers who make orders but do not pay,  whether she always end up having sex with these customers, whether she does “flesh to flesh”  and whether she does “it” while the Lap dance is actually happening, etc. I asked all these and more.

Responding to me, she calmly answered my questions with the look of innocence on her face, she said,  “yes , we actually give our customers the kind of treats that will make them want to come back again and again”. She further disclosed to me that they keep their body safe by using protection when those who are ready to pay for the services request for LAMBA, which is usually done in a different section of the club.

We both laughed at this while she continued to give me all she’s got (fill in the gap yourself).

As a curious person, thanks to my profession, I looked around, observed all that was going on as different people troop in, some  with their babes, and some of those babes who popped in hurriedly left probably because they were disgusted by the performances they saw, I think 💭.

I also noticed that the club had this giant Television hung on the wall, you could imagine what was being shown, to compliment the real drama happening in real life.🤣

Actually I must confess it was a heck of an experience.

We decided to call it a day at some minutes to 5am and bade the joint good bye for now.

However, what I observed in my whole expedition is that, Ibadan from has greatly evolved in terms of entertainment, particularly, the night life aspect which is different from what it used to be some years back when I really was into the clubbing thingy.

The whole of ring road axis now plays host to various hang out, that is, one might not be able to exhaust all the clubs on this axis if one decides to start counting from Mobil Junction down to challenge. The same is the situation at the Awolowo axis of Bodija, Akala express/ Oluyole extension, and the Bashorun/Akobo axis is also not left behind.

All this means that the state definitely have a sector, which if really nurtured and groomed well will outrightly become a gold mine for Oyo State’s economy.

Need to get some sleep 😴

Femi Ojo is a Journalist resident in Ibadan.

Sun Aug 18 , 2019
Former Commissioner of Police in Lagos and Benue States, Mr. Fatai Owoseni has been appointed by the Governor of Oyo State, Engineer Seyi Makinde, as his Special Adviser on Security Matters. The Governor, according to a statement signed by his Chief Press Secretary, Mr. Taiwo Adisa, approved the appointment, […] 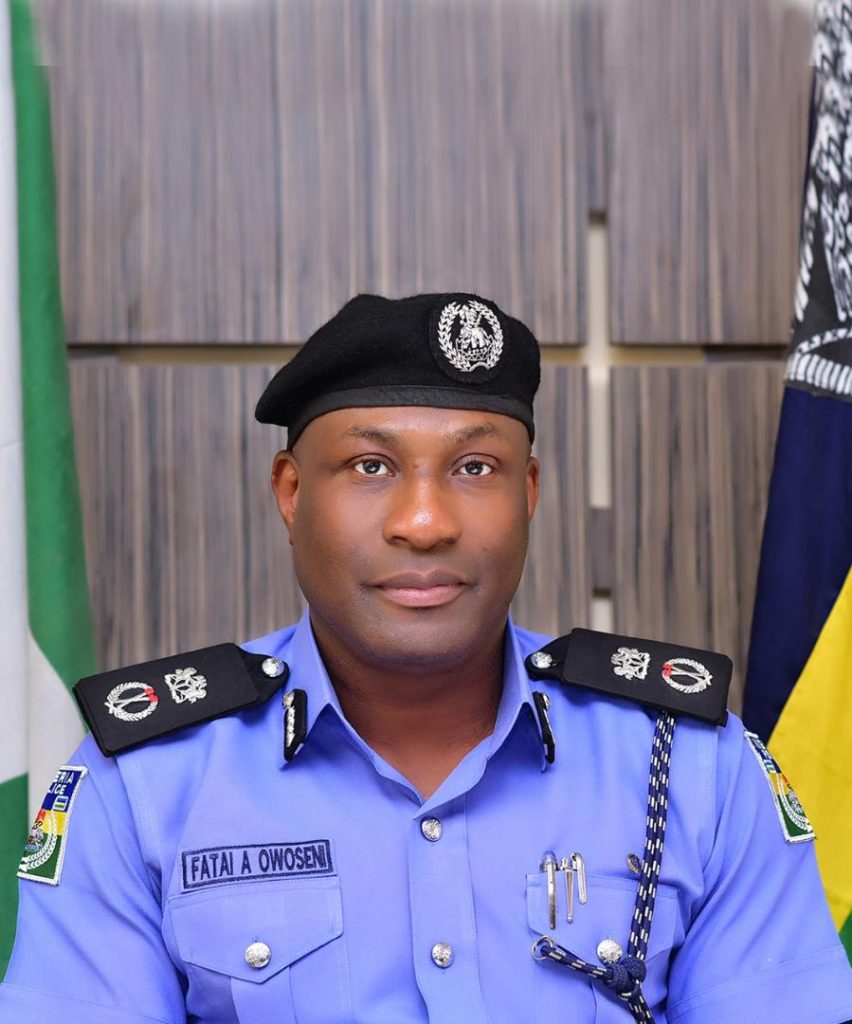