The Oyo state federal lawmaker representing Ido/Ibarapa federal constituency at the lower chamber of the national assembly Hon. Oluyemi Adewale Taiwo popularly called Yemi Taiwo has stated that his office is working hard to ensure that the profound agricultural revolution program of the Oyo state government through the Ministry of Agriculture and Rural Development becomes a huge success in the state.

Hon. Taiwo while having a media chat with Sunrise Bulletin correspondent in Ibadan today stated that the eight years administration under former governor Abiola Ajimobi has left a very bad memory in the minds of the people adding that Oyo state could only be described as being in a limbo in the last eight years as there was nothing the last administration could point to as its legacy rather, it further impoverished the people more than how people were before APC took over power in 2011.

The lawmaker added further that poverty has really taken a bad toll on the people especially those from his federal constituency, he however assured that he is going to ensure that the Sustainable Development Goals (SDG’s) projects in Oyo state in areas of providing drinkable water, good roads and other basic social amenities that will make life more meaningful to rural dwellers will be provided as a way of complementing the effort of the state government on agriculture development noting that good governance is all about implementing policies and programs that directly impact the lives of the people positively.

He said “So far so good we have been in limbo for the past eight years and we all witnessed what transpired, so we are trying to rebuild from the scratch because poverty has almost killed everybody especially those people in my federal constituency so, what we are doing is to show them that people’s government is back.

“All the programs we have as a party are already being unfolded and by the time we pass the budget that we can work with then people will begin to see more of dividends of democracy.”

Mon Dec 2 , 2019
By Henry Odeh   The Special Adviser to the executive governor of Oyo state on legislative matters, honorable Adejumobi Samuel Ademola popularly called Agbarapo has stated that there would be no further delay in constituting caretaker chairmen across the 33 local government council areas in the state as the executive […] 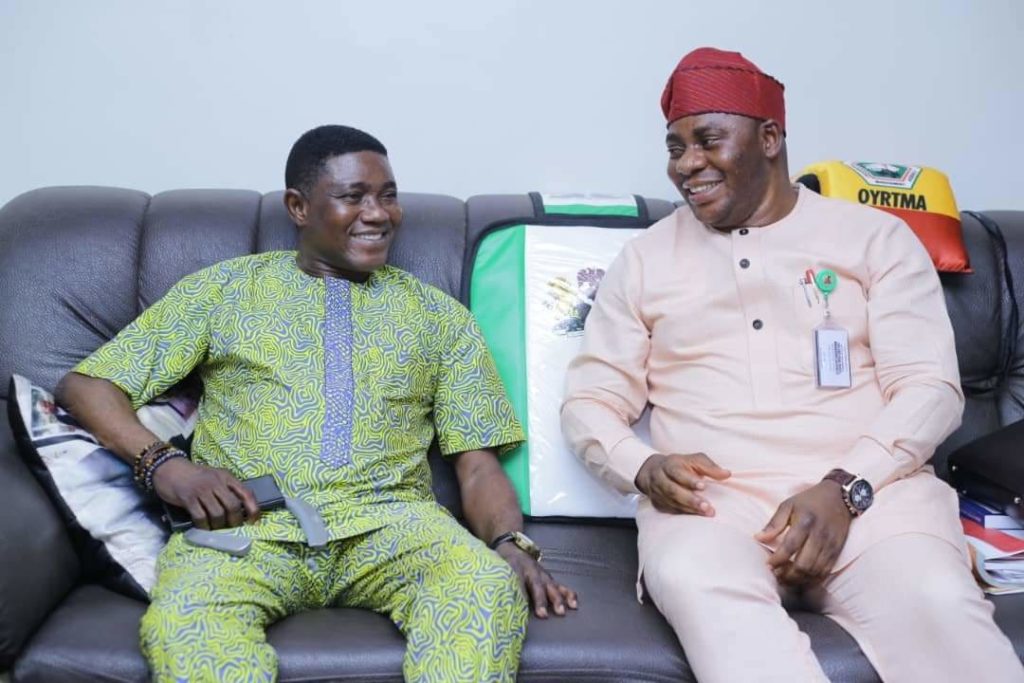