The National Working Committee of the Peoples Democratic Party (PDP) represented by the deputy national chairman the party, Elder Yemi Akinwonmi, and has expressed its pain at the demise of Chief Richard Akinjide who was described as a foremost democrat and one of the party’s founding fathers.

Elder Akinwonmi, while addressing journalists at the deceased residence in Ibadan on Monday, said that the deceased was a father and leader to many of political leaders in Nigeria today adding that the national chairman of the party Prince Uche Secondus would have personally been present if not for the COVID-19 pandemic.

He stated further that Chief Akinjide will be specially remembered for his role in the colonisation of Nigeria and sustenance of Nigeria’s democracy.

The number two man in PDP described the deceased as one of Nigeria’s democrats who fought tirelessly for the entrenchment of the rule of law and social justice especially his role in the famous 12:2/3rd in the country’s legal history.

The party however urged the federal government to as a matter of urgency commence the process of putting machineries in motion for the restructuring of Nigeria in order to preserve the effortless sacrifices of Nigeria’s heroes such as Chief Richard Akinjide.

The Oyo state chapter of the party also represented by its State Working Committee (SWC), headed by the state chairman, Alhaji Omokunmi Mustapha, as well as other party chieftains urged the national body of the party to immortalize the late legal luminary for his selfless service to the nation until his death.

Mon Apr 27 , 2020
By Henry Odeh The executive governor of Oyo state, Engr Seyi Makinde on Monday said his government was making frantic efforts to make commercial agriculture the mainstay of the state’s economy adding that the idea was what informed the decision to upgrade Akufo farm settlement to Agricultural Estate. The Governor […] 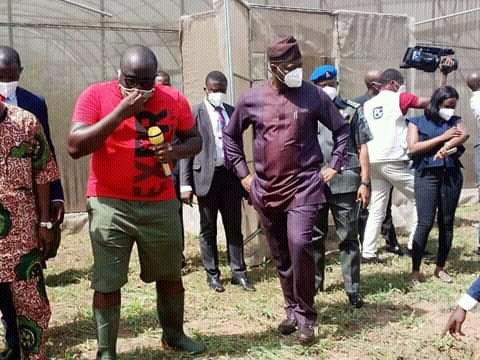