The Oyo state chapter of Peoples Democratic Party (PDP) has declared that greater shame is awaiting the sacked members of the Association of Local Government of Nigeria (ALGON) at the Supreme Court.

The Oyo state chapter of PDP, in a Statement signed by its State Publicity Secretary Engineer Akeem Olatunji and made available to journalists on Sunday in Ibadan, also condemned the role being played by the governorship candidate of the All Progressives Congress (APC) in the 2019 elections, Mr. Bayo Adelabu in encouraging the legal face off between the state and the sacked ALGON.

THE party lampooned Adelabu and some leaders of the opposition party for encouraging the continued legal battle for selfish reasons.

“We make bold to state unequivocally that the decision by the illegal ALGON members to head to the apex court is a beckon on greater shame which will surely end whatever is left of the opposition in the state,” the statement reads in part.

Olatunji described Adelabu as a politically naive and inexperienced upcoming politician who is still learning how to manage certain realities in the state and country.

According to the statement, rather than engage the state government in a proxy war using the illegal ALGON, Adelabu should concentrate on how to acquire more political wisdom to enable him identify what’s good for the people of Oyo State.

Rather than think everyone out there is available for purchase with cheap money, Mr. Adelabu needs to acquire knowledge and understanding to appreciate political events correctly

Engr Olatunji, berated the former CBN boss by stressing that he (chief Adelabu) has not learned anything from his monumental defeat in a legal battle with governor Seyi Makinde which went through all court cadres from Election Tribunal to the Court of Appeal up to the Supreme Court.

The ruling party explained that it expected proper guidance from the likes of Chief Adelabu towards encouraging the sacked ALGON to embrace peace by acknowledging the fact that politics should never be a do a die affair, and illegality no longer has a place in the new and modern Oyo state the Seyi Makinde led government is building.

Oyo PDP expressed dismay at the unprecedented level of inconsistency in the conduct of the Oyo APC, wondering how the illegal ALGON chairmen that has shown no iota of trust and faith in the judiciary with the way and manner it almost plunged the state into chaos in a forceful attempt to take over local government Secretariats across the state, now suddenly wants to continue legal battle in pursuant of its illegality.

The statement by the ruling party, described governor Seyi Makinde as a man whose decisions and resolutions with regards to governance could never be faulted by any court because the governor engages in very wide consultation with experts and stakeholders before going ahead with his decisions.

The party advised the sacked ALGON chairmen to desist from being used by overzealous and desperate politicians in the opposition party who are only interested in their blind political ambitions ahead of 2023.

The statement reads in part: “we are aware that the unnecessary face off the illegal ALGON chairmen led by their arrowhead, Prince Abass Aleshinloye was engaged in with the state government was being sponsored by some selfish politicians are keen on distracting the PDP government in Oyo state so that they could use such distractions for political blackmail in future elections and it is for this singular reason our government remains focused on full implementation of its developmental policies and programs tailored towards improving the peoples quality of life.

“We are actually not amazed by comments credited to Chief Bayo Adelabu after the judgement of the appellate court where he attempted to discredit the laudable judgement and encouraged further legal face off to the Supreme court because we understand he is still politically premature and lacks appreciable knowledge of current realities.

“Instead of learning from his woeful electoral defeat at both the poll and at the court, and use his acquired experience ifl any to commence rebuilding of his dismantled political party, he still busies himself with a ‘wild goose chase.’

“Only members of the APC who are beneficiaries of the illegality under the last administration would feign ignorance of the fact that the local government tussle the illegal ALGON chairmen engaged the state government in was not actually a battle between the two parties but a battle between APC and the people of Oyo state.

“We can only advise some leaders in the APC to deploy their experience to properly guide and advise the illegal ALGON chairmen to desist from making themselves available as a willing political tool in the hands of overzealous and desperate politicians whose political ambitions is all about 2023, because if the face off with state government is about the people who have openly rejected them and their party, it is only honourable to yield to the choice of the people.”

Don't Blame Your Incompetence And Frustrations On Me, Ondo Deputy Governor Tells Akeredolu.

Sun Jul 19 , 2020
Deputy Governor of Ondo state Hon. Agboola Ajayi has advised the Governor Rotimi Akeredolu not to blame his fustrations, and the self inflicting pain of running the state aground on him. Agboola stated this through a press statement signed by Babatope Okeowo chief Press Secretary to the deputy governor and […] 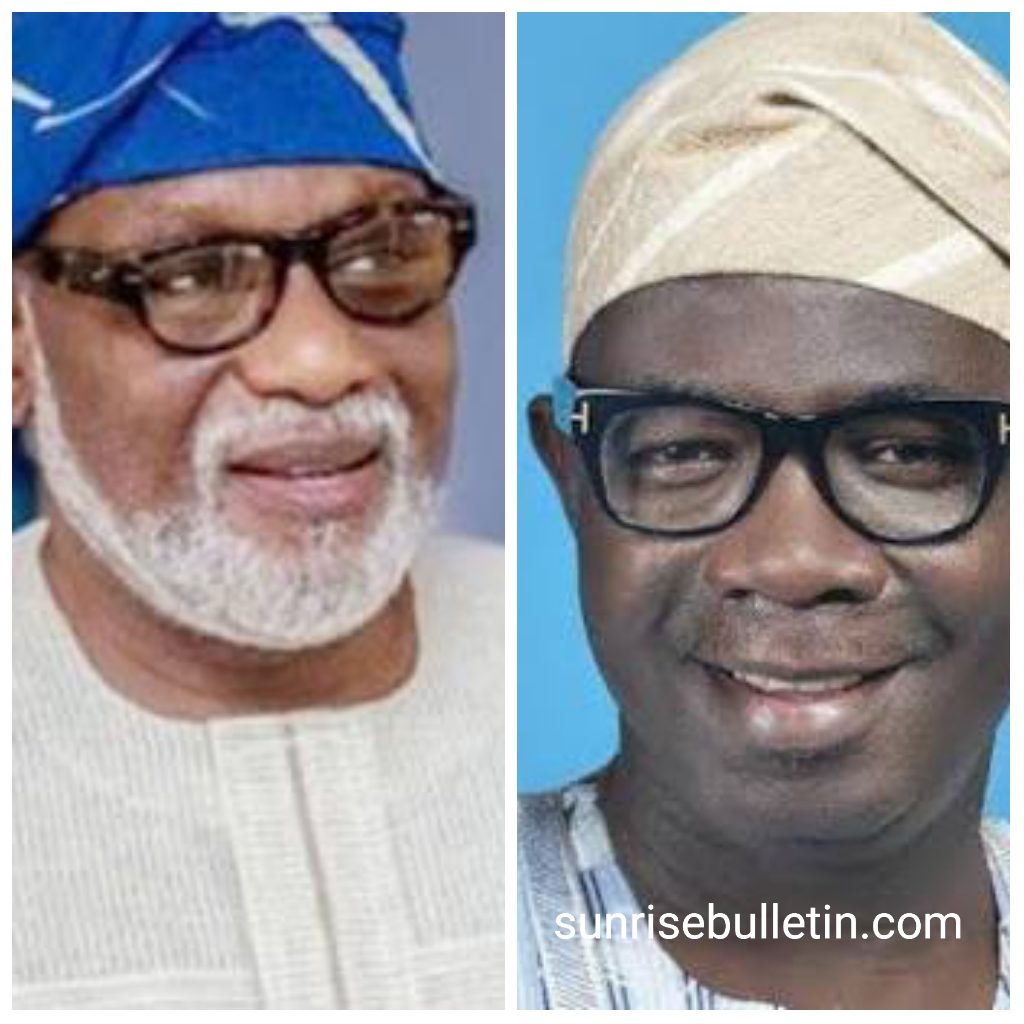