…… Dismisses Claims That Prof Akintoye Is Leader Of Yorubas

Odumakin made this pronouncement while featuring on Space FM Ibadan’s programme, Parrot Xtra Hour on Radio, anchored by Olayinka Agboola, on Tuesday.
The frontline activist said that the five-year anti-corruption war of Buhari ‘wombled and fumbled’ until recently when everything came to the open on how corrupt the system has been.

Said Odumakin “those inside know that there is no anti-corruption war. Those in the circle, on the corridors of power know that there is no war against graft. All sorts of embarrassing moments are being witnessed today to confirm this assertion.”
Since he was at a time very close to President Buhari, Odumakin was asked what he would tell the President on this issue of corruption if he should meet with him.

His response: “I will only tell him to go and retool. The corruption war he has been fighting has collapsed. The people of Nigeria do not understand again.”
He also addressed the issue raised by some observers that the President is no more in control of things in Aso Rock, the seat of power.

“Yes, Presidency has responded to those observers by saying that it is not true and that those who made the observation do not know what they are talking about. No. Those observers have their facts. Things have collapsed in Aso Rock. I quite agree with them. President Buhari must retool immediately.”

He later revealed that while he worked as spokesperson for President Buhari’s former party, CPC, he was not being paid.
“I was not getting paid while I worked as the spokesperson for CPC. So, when he lost, he said he was not contesting again in 2011. That was how our working relationship frizzled out.”

On his relationship with ex-President Goodluck Jonathan, Odumakin submitted “I got to meet Dr Jonathan through a vibrant young man, late Oronto Douglas. Then, we were made to understand that he, (Jonathan) would hold a National Conference and implement the report and outcome. That was why we related with him at Afenifere.

“You see, at Afenifere, we are passionate about restructuring. Anybody that is ready to do this will be supported by us”.
He also took time to speak about the leader of the ruling All Progressives Congress (APC), Asiwaju Bola Tinubu.

“There was a time we had issues. People from his camp threw jabs at me and I responded appropriately. Many leaders from Yorubaland intervened and the matter was settled.”

On the issue of whether Afenifere will support the perceived presidential ambition of the APC leader, Odumakin responded “It is true our leader at Afenifere addressed the topic. He did not emphatically confirm that Afenifere would support Tinubu. He said, since the APC leader is a Yorubaman, Afenifere may support him. Especially if he will pursue restructuring.”

When speaking on the emergence of Professor Banji Akintoye as the leader of the Yorubas, Odumakin said “Professor Akintoye is not the leader of the Yorubas. He is the leader of Yoruba World Congress. Yorubas do not have any leader for now.”
The former journalist also addressed the issue of Amotekun saying “it is a welcome development. Initially, Afenifere opposed the idea because we felt it would have been more reasonable to agitate for the establishment of state police.

“But when those people said we could not put Amotekun in place in Yorubaland, that was when we got up in support. It is our right. The north has its own version of Amotekun. My only desire, prayer is that the Amotekun project should be well organized and maintained.”

Odumakin equally used the opportunity to endorse the activities of the Development Agenda for Western Nigeria (DAWN Commission).

“DAWN Commission is a worthy project being carried out by the governors of the Yoruba states. Afenifere is in full support and I believe the commission can do so much to hasten the development of Yorubaland.”

While speaking on the probability of running for an elective position. Dr Joe Odumakin’s husband said “I am not a politician. I am a political activist. But I will contest if and when our political terrain becomes transformed and politics of real progressivism is being practiced. I do not want to just join the bandwagon.”

Wed Jul 22 , 2020
By Henry Odeh The Special Assistant to the Governor of Oyo state on Community Relations, Honourable Olufemi Josiah, has called on President Mohammadu Buhari to as a matter of urgency relieve the Attorney–General of the Federation (AGF), Justice Abubakar Malami SAN of his duty following his involvement in the face […] 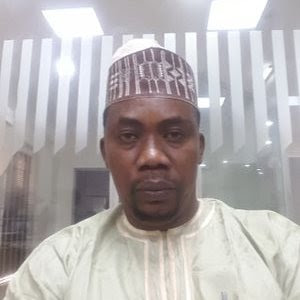