The International Federation of Women Lawyers under the aegis of Federacion International De Abogadas (FIDA) Oyo State Chapter, has condemned the action of officers of the Nigerian Police in the viral video widely circulated on social media on the arrest of alleged armed robber and kidnapper alongside a female corp member alleged to also be a suspect and has offered free legal legal services to Towobola in a bid to help her get justice.

The Chairperson of the group, Barrister Deborah Oluyemisi Collins (Esq) made this disclosure on Thursday while addressing journalists at the NBA Secretariat in Ibadan, stressing that FIDA is offering it’s free legal services to the lady following the dehumanizing way and manner she was treated which bothers on right to dignity of human person.

In a statement cosigned by the chairperson, Barr Deborah Collins and the Public Relation Officer of FIDA, the group wondered why the police officer would interrogate the female corp member who gave her name as Towobola on her private life bothering on immorality and an attempt to link same to the alleged crime.

According to the statement, the group further queried why the police officer felt comfortable in breaching Towobola’s right to human dignity by giving her such a negative publicity adding that it was really disturbed at such dastard act just like other Nigerian citizens and therefore, demanded to know why such inhuman treatment was meted out to the young corp member who reportedly passed out of NYSC sometime ago.

The statement reads: “FIDA Oyo’s attention has been drawn to video clips of recorded by men and officers of the Nigerian Police Service during the arrest of an alleged armed robber and kidnapper, and his alleged girlfriend Towobola, a youth corp member who passed out recently and an alumnus of the University of Ibadan.

“Having watched the said video, we can not but express our shock, anger, sorrow, pain, and condemnation on the dehumanizing way the young lady was treated.

” Assuming but not conceding that the man in the clip was an armed robber and kidnapper as alleged, couldn’t the young lady have been his potential victim?.

“Why would the police officer interrogate her on her private life bothering on immortality and attempt to link same to the alleged crime?.

“Why would the police feel comfortable in breaching her right to dignity of human person?, why was she given such a negative publicity?.

“Just like every concern citizens, we are searching for answers to why such treatments were meted out to the young lady.

” We call on the Inspector General of Police and the Oyo state Commissioner of Police in whose jurisdiction this illegal act was committed, not to only investigate, but to ensure that the perpetrators of this dastard act are brought to book so as to serve as deterrence to others.

“Finally, FIDA reiterates her commitment to the promotion and protection of the right of women and children in our society.

“We undertake to ensure that all legal machineries and defense are set in motion to ensure that Towobola gets justice, her dignity restored, and her damaged image redeemed.” The statement concluded.

Thu Jul 23 , 2020
By Henry Odeh The governorship candidate of the People’s Democratic Party (PDP) in Ondo State, Barr. Eyitayo Jegede is currently under pressure to pick Deputy Governor of the state, Agboola Ajayi, as his running mate, Party sources have said. Ajayi who dumped the ruling All Progressives Congress (PDP) for the […] 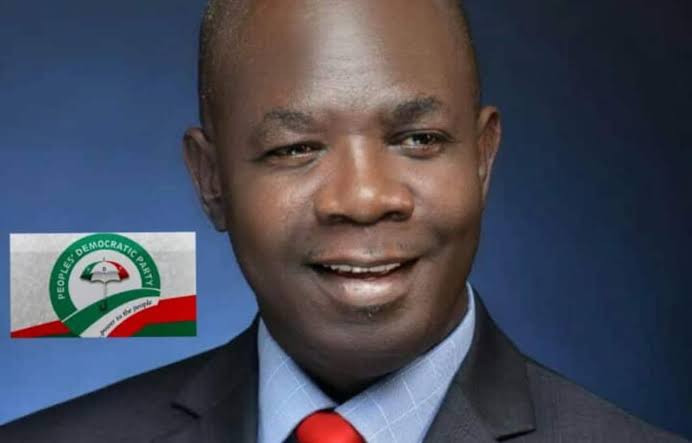