Hon Sheriff Adeojo has today responded to the clamour by residents of Akuru Community to conduct an on the spot assessment of the condition of ongoing roads projects in the LCDA which include bridges and drainage rehabilitation.

The visit which was attended by the caretaker chairman in company of PDP stalwarts and top officials of the LCDA was aimed at identifying with the plight of residents in the area with a view to expedite action on perceived delayed projects and to open up access roads for more easy commuting.

Recall that residents of Akuru Community were on a live radio program which was anchored by ace broadcaster, Oriyomi Hamzat on Saturday 18th July where Akuru residents solicited for Omi-Apata LCDA intervention from well meaning Nigerians.

Hon Adeojo assured that his administration will not rest until major parts of his agenda are achieved stressing that even though his dedication to service remained unflinching, support and cooperation from various communities in the LCDA will go a long way in speeding up the process of achieving success.

Other government functionaries who accompanied the caretaker chairman are the Secretary to the LG, caretaker members, and top management staff of the LCDA

Just In: Nigeria Was Never And Is Not Rich – Nigeria Senate President, Ahmad Lawan

Fri Jul 24 , 2020
By Henry Odeh President of the Nigerian Senate of the federal republic, Senator Ahmad Lawan, has said that Nigeria has never been a rich country, contrary to the perception and belief possessed by the Nigerians. Speaking at a book launch in Abuja, the lawmaker and president of the 9th National […] 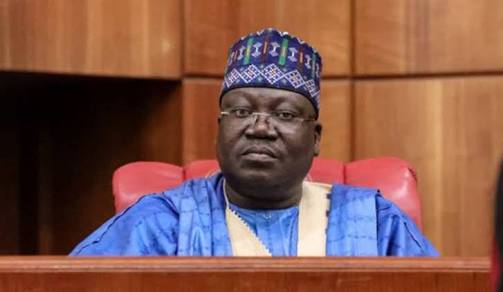