Ahead of the 2023 general election, the opposition Peoples Democratic Party (PDP) has fixed dates for the conduct of congresses across the country.

The National Organising Secretary of the PDP, Col. Austin Akobundu, made this known in a statement made available to sunrisebulletin.com on Sunday.

He explained that states like Abia, Akwa Ibom, Bauchi, Benue, Cross Rivers, Delta, and Ebonyi were listed as states that have completed their wards and local governments congresses and therefore do not need a repeat of the congresses.

However, for the above states, the national leadership of the party has mandated them to conduct their state congresses on August 8, while Akwa Ibom State is expected to conduct its on Thursday, July 30.

In Ekiti State, the ward congress is slated to hold on July 27, in two wards, while the local governments congresses would hold August 8 and the state congress on August 12, 2020.

The ward and local government congresses in Enugu and Imo states were designated as concluded, but their state congresses will hold on August 8 and August 1 respectively.

Sokoto State was listed as having completed its ward congresses, but would hold local governments and state congresses on August 8 and 12, respectively.

Sun Jul 26 , 2020
By Henry Odeh ….Says ‘Terms of Bond will protect interests of Oyo people’ The Chief Press Secretary to Governor Seyi Makinde of Oyo State, Mr. Taiwo Adisa, has asked the governorship candidate of the All Progressives Congress (APC) in the 2019 election, Mr. Adebayo Adelabu, to rise above cheap politics […] 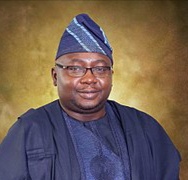