Katsina State Governor Aminu Bello Masari has described the State as Home of the Legal Luminaries in Nigeria.

The Governor said this through his deputy Mannir Yakubu when he received delagations from International Human Rights Commission at Government House Katsina.

Mannir Yakubu noted that , Katsina has produced such Legal Luminaries and Icon in the past and present which makes the state a point of reference in the Law Profession.

The State Deputy Governor further explained that the Legal history of Nigeria can not be completed without mentioning the likes of Hon. Justice Muhammadu Bello GCON of Blessed Memory, Former chief Justice of Nigeria, also Late Hon Justice Mamman Nasir GCON , and Former President Court of Appeal Hon Justice Umaru Abdullah CON, Walin Hausa and other Legal Icons who that are indigenes of katsina State.

Yakubu said there is no doubt that the progress attained in our political, Economic and Social developments, would not have been possible without an efficient Judicial system.

He stressed that it is gratifying that the Nigerian Judiciary has been forthcoming in ensuring the development and sustenance of Democracy. And also in promoting and protecting democratic values, norms and culture, particularly with regards to the rule of law and respect of Human Rights.

Earlier the leader of the delagation Dr Ahore Innocent said they were in the State to present letter of appointment to the State Chief Judge Justice Musa Danladi Abubakar who was appointed as Member of the Advisory Board of African Human Rights Court.

He said the Appointment was based of his excellent record in the Judicial Service.

In attendance during the visit were State Chief Judge Justice Musa Danladi Abubakar and Attorney General of the State and Commissioner of Justice Ahmed el Marzuk and Members of the State Executive Council.

Thu Aug 6 , 2020
By Henry Odeh Family of 21 years old University of Ibadan undergraduate, Richard Gbadebo, who died while working in an Oluyole soap factory has expressed suspicion demanded for the CCTV footage and thorough investigation to establish the true cause of his death. The father of the late Richard, Mr Shola […] 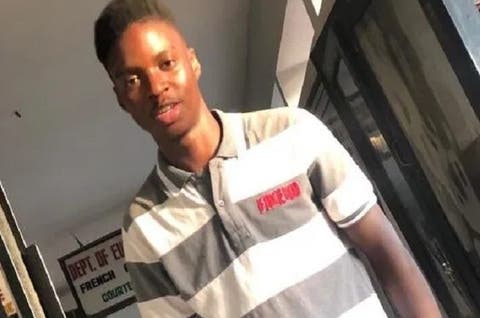