An Ibadan based law firm, Peters Ike Adonu And Co.
(Zion Chambers) has dragged multichoice Nigeria, owners of DSTV to court for its refusal to renew its subscription after payment has been made.

This was contained in a petition letter dated 7th of July 2020, and was sent to the Managing Director of Multichoice, Nigeria by the Law Firm titled; “Demand for Apology And Compensation For Refusal To Renew subscription after Payment Was Made”

According to the letter, it was indicated that Zion Chambers paid for DSTV subscription on 30th of June and till date could not access any program.

The law firm also accused multichoice of outrageous billing of its customers without proper information to allow them plan for alternative.

They demanded that the company should pay damages of N5million for barring them from accessing any programm after making necessary payment that was required to access the service.

The petitioner warned multichoice that they would forward the petition to the Federal Competition and Consumer Protection (FCCPC) for report of unfair dealings of Multichoice company’s services and eventually to Court of Law for redress if the matter was not treated appropriately within a week.

The petition reads in part, “I write to inform you that on 30th of June 2020, our Principal in Chambers who is a  customer of your Company for over ten years, using decoder No: 411… in our law firm paid for DSTV subscription through his Fidelity Bank APP, as it was his usual practice.

“On logging in to his bank APP, he went through the make a Bill payment to the category and he chose Cable TV and chose biller as DSTV subscription.

“He checked for the available plans under the DSTV subscription and realized that the plan he paid for a month before ” ACCESS” at the price of N1900 was no longer available.

“He chose from the displayed plan ‘XTRAVIEW ACCESS’ which was listed for the price of N2,255 and he paid for the subscription.

“Till the time of writing this letter, the office decoder’s subscription remains unrenewed, thereby barring us from accessing any program on our decoder.

“In view of the above, we hereby demand for adequate compensation for your refusal to renew our subscription after we have done our part of making the payment for the available ACCESS as displayed”, the letter reads.

Recalled that prior to the letter, the Chambers effort to remedy the situation was rebuffed by DSTV staffs leaving the chambers with no other alternative than to go to court.

Fri Aug 7 , 2020
By Henry Odeh The umbrella body of all online journalists and publishers in the south western Nigeria called South West Group of Online Publishers (SWEGOP) has held its first maiden edition of “Unification Luncheon,” and has used the occasion to call on Nigeria’s number one citizen, President Muhammadu Buhari, to […] 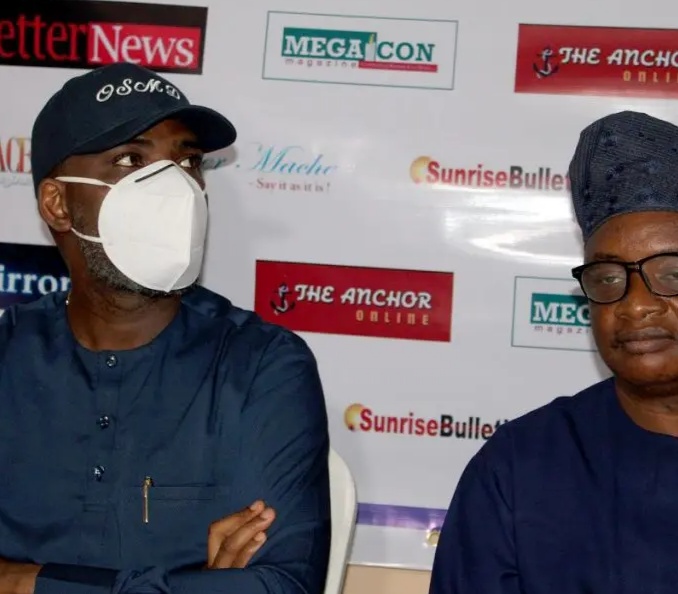