The former president gave this warning on Friday, August 7, during a virtual conference organized by the umbrella body of Ijaw cultural associations known as the Ijaw Nation Development Group (INDG).

Jonathan charged them to create a common agenda that would promote peace and sustainable development in the country.

It will recalled that the executive governor of Oyo state, Engr Seyi Makinde gave similar warning while during the week while flagging off state projects.

Governor Makinde had earlier warned his critics who are perceived to be members of the main opposition, the All Progressives Congress (APC), Oyo state chapter, urging them to provide criticism with superior alternative else such criticism would amount to exhibiting bitterness.

Jonathan while speaking further, also urged Nigerian politicians to put the interest of Nigeria first, stressing that politics was not about dividing the people and fighting enemies.

He said: “To the politicians amongst us, let us shun politics of bitterness and violence and pursue our common interest, regardless of party affiliations.

“Politics is not about creating and fighting enemies, it is not about dividing the people, politics is about aspiring for a platform and the ability to utilise it to positively impact our people and develop the nation.

“Irrespective of party differences, let us forge a common agenda that will promote peace, unity and prosperity among our people.

“As a crusader for functional democracy and good governance in our country and continent, I will like to see our people play key roles in the emergence of who leads them and how they are led.

“Nothing drags a people and a nation back more than social crisis occasioned by the struggle for leadership.

“We cannot pretend to love our people if we place our personal ambitions over and above everything else and allow it to frustrate the people’s will and our common good,” he said.

Jonathan added that unity and love was key to societal growth stressing that Nigerians must aspire to build bridges that would sustain a national climate of peace and progress regardless of the challenges.

According to the first Nobel prize winning president, politics should not be about division.

Sat Aug 8 , 2020
A hit and run driver has killed a young man who was believed to have crossed the express way at the JAMZ FM Junction, along Lagos-Ibadan road, Challenge, Ibadan without noticing the oncoming vehicle on Friday evening. The Special Rescue Team of the Oyo State Road Transport Management Authority (OYRTMA) […] 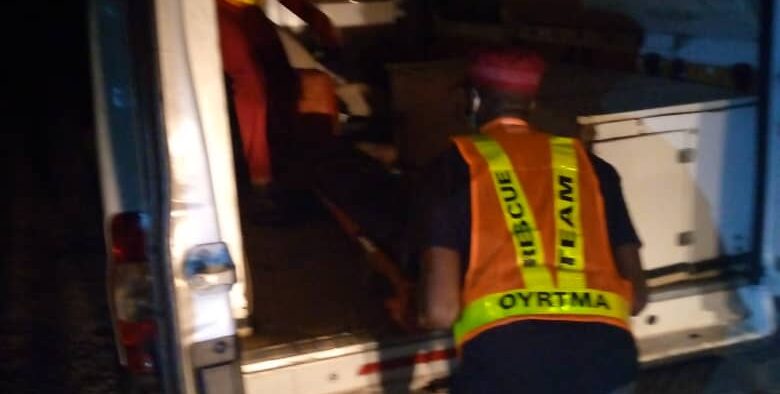