Following the unexpected sack of the former Honourable Commissioner for Public Works and Transport, Prof Raphael Afonja, on Monday by the executive governor of Oyo state Engr Seyi Makinde, unconfirmed reports has it that more heads may roll soonest as the governor is paying closer attention to performances and feedbacks from each ministry.

Sunrisebulletin.com recalls that governor Seyi Makinde got many aback when the announcement of Prof Afonja’s sack was made public on Monday by his chief press secretary, Mr Taiwo Adisa.

Prof Afonja had gone into isolation since he contracted COVID-19 over a month ago and was taking necessary COVID-19 medications and precautions but was relieved of his appointment as a commissioner barely 24 hours after he was declared to have finally tested negative.

Following the sack of Prof Raphael Afonja as a commissioner in the state, most of the state executive council members have been said to have developed cold feet as the governor is set to reposition the state cabinet towards attaining improved results in his quest to actualizing his blueprint for the state within an expected period of time.

A reliable source in government who spoke to Sunrisebulletin.com on condition of anonymity expressed shock and confirmed that nobody saw the sack and mild cabinet reshuffle coming.

The source explained that the governor must have meticulously been monitoring activities and feedbacks from all the ministries for the purpose of performance assessment noting that whoever falls below the governor’s expectations may be shown the exit without prior notice.

The source stated that the governor’s big stick may not end with Monday’s development as more heads may likely roll very soon because the governor clearly had targets for himself which he is working towards achieving.

“Well, there’s nothing much to the governor’s decision as far as the power to hire and fire is concerned if he feels that he’s not getting the desired results and feedbacks from those affected but you must also agree with me that most of these political appointees came mainly from the private sector background and its a completely different ball game in public office, most especially when you have a governor that is running on well defined plans as well as clearly articulated policies and programs.”

“After the governor’s decision today it is clear that tea party is over with his appointees, the governor is not leaving any stone unturned to ensure he achieves his blueprints at least to a larger percentage so, whoever fails to fit into his agenda may be shown the way out.

“I can tell you for a fact that other commissioners and members of the state executive council are already rattled by the governor’s action today, this is a very strong message considering the responsibility and expectations placed on whoever is commissioner for works, this will make them all sit up tight and be more proactive.

“And we can not rule out the fact that others may be shown the exit door soonest because we all know some of the performing ministries and the non performing ones so, it’s not an isolated situation, its just a matter of time.

The source however, declined comments when pressed on providing hints on which ministries are next in line to likely receive the governor’s big stick.

The former Commissioner for Special Duties, Chief Bayo Lawal, who served as Makinde’s campaign Director General before the 2019 guber election has since been swapped with his counterpart at the ministry of Local Government and Chieftaincy Matters, Hon Funmilayo Orisadeyi.

Tue Aug 11 , 2020
In fulfilment of his promise made few months ago, the Caretaker Chairman of Omi-Apata Local Council Development Area, Hon Sheriff Adeojo today presented generating set to Gbekuba Araromi Central mosque. While presenting the generator to the chief imam of the mosque, Hon Sheriff Adeojo appreciated the prayers of all muslim […] 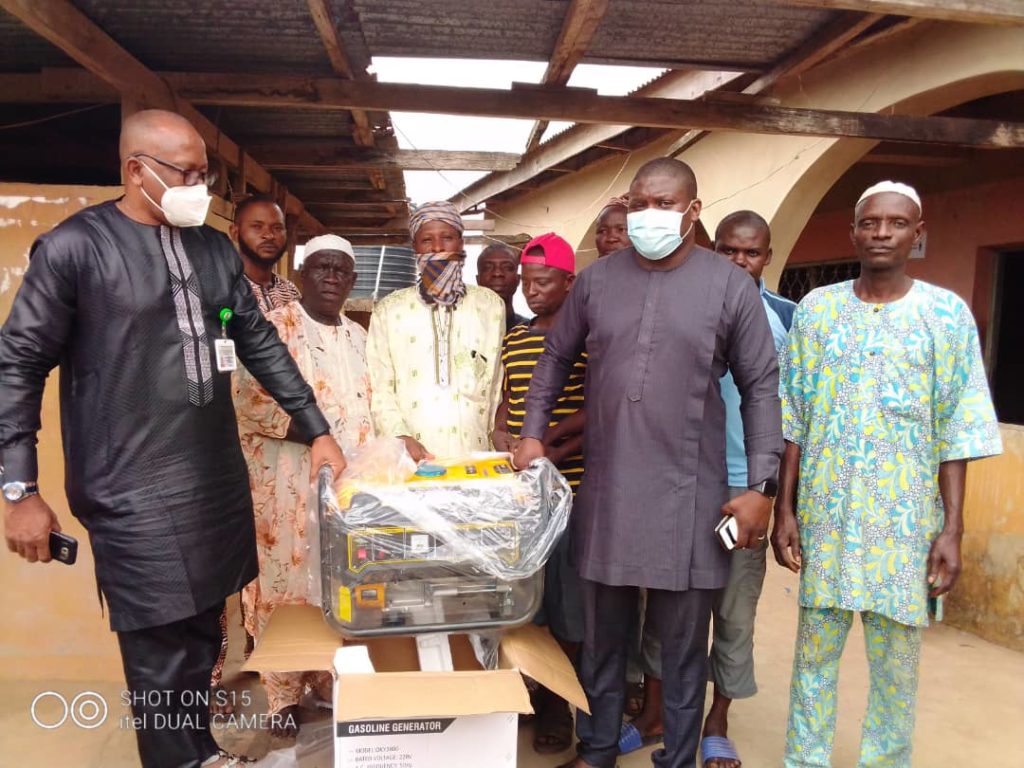