It is no longer news that the Governor of Oyo state, Governor Seyi Makinde, has announced his intention to borrow a sum of #100 billion. His reason for this loan is to finance road projects within the state and to facilitate the execution of projects that will further lead the state to more economic growth and development.

This decision was made known to the public by the Commissioner for Information, Wasiu Olatubosun, who in his statement said the executive council agree to raise the fund in two batches of #50 billion each. In the governor’s view, this fund will be needed to upgrade the infrastructural facilities of the state in order to uplift her economic potentials and growth.

However, the opposition parties are not having any of this as they have vehemently kicked against it and made their stand known on such decision and step. They regarded the decision to borrow more fund as laughable, misleading and shows signs of lack of foresight.

APC, through its state publicity secretary, Dr. AbdulAzeez Olatunde, said the governor created a high expectation of himself for the whole citizens of the state and unduly bragged to do what was beyond expectation, whereas he has done nothing at all. Dr. Olatunde, in a bid to mock this idea, also made mention of how the governor had come in and paraded himself as the savior of the state.

The Alliance for Democracy (AD) gubernatorial candidate for the 2019 election, Engineer Oyedele Hakeem Alao, was not also left out as he voiced out his opinion and made his stand known on this decision. Engineer Alao said it was a rude shock to him to hear that Governor Seyi decides to borrow another 100 billion naira after series of debt the state is in, already. He stated that this move is just a way to throw the citizens of the state into an unending financial crisis and burden. Engineer Alao noted that this will hinder the economic progress of the state and disrupt the comfort of the people at large. In his reaction, he threatened to charge the governor to court if he dares go through with the decision to get the loan.

These, then, brough attentions to how people are quick to judge and discredit the government on the grant to borrow more funds. As citizens that want growth and progress within the state, we should not be too quick to judge the government on the need to borrow more money to keep funding the state. There are many infrastructural development worth trillions of naira the state needs for proper development. And for all these to get done, it should be known that the government need to get these funds from somewhere as the state is not rich and buoyant enough to fund these projects on her own.

The citizens should reason along with the government that for a state to be able to boast of good economic activities, there are some infrastructures that need to be in place. For smooth running of activities that will pump money and enrich the state, some basic amenities are needed. To get these amenities perfectly available and for our vision of a developed state to come through, it is needed to borrow funds to set the ball rolling. The citizens should understand that the government needs this fund to get the state working.

The money borrowed and planning to be borrowed by the governor are for circular projects to uplift the state and the infrastructural development within the state. The “stipends” internally generated monthly, within the state and federal allocation are so low that the state will be far left behind if the state government only depend on them. Therefore, to get all plans done and perfectly executed in time, the borrowed funds are needed.

As concerned citizens, however, our main duty is to act as collective watchdog for the government and be sure the money is channeled rightly into what they claimed it is needed for, and not otherwise. Our concern as a whole should be to ensure these funds are not distracted from the main course or embezzled by ill-meaning individuals. While the government act and work on how to get the state developed and working, the citizens should put the government on their toes in order to channel the funds righty, not to discourage the government from their aim to get the state adequately equipped.

As earlier said, to get a good working state with progressing economic activities, the infrastructural abilities of such state need to be in perfect condition. Then, our better concern as a state should be how to get the state in good working condition and be able to generate capital returning investments to boost our economy. As this will make it easy to pay back the borrowed funds in due time.

As for the government, in order to gain the absolute trust of the citizens, should remain transparent in order for the people to fully support them. The government should ensure strict monitoring of the funds, and whosoever is in charge of fund distribution and allocation should be put under strict surveillance as this will account for proper checks and balance.

As for the opposition parties, they should not be too quick to discredit the government’s effort to develop the state. Yes, they have the right to question the government as to why and what the borrowed funds are used and needed for. But in doing so, they should be calm, not be too quick to criticize or jump to conclusion. If the oppositions then feel there should be a way out of debts and still embark on these curricular projects, they should speak up. Since it’s all for the collective development of the state and not political party development, then, any opposition party with a better idea as to how to get money to develop the state without borrowing should point it out!

For the state to move forward, we all have positive and important roles to play, be a supportive citizen.

Wed Aug 12 , 2020
By Henry Odeh Oyo State Governor, Engineer Seyi Makinde, on Tuesday, flagged off the reconstruction of the Akesan Market Complex, Oyo, which was gutted by fire in January 2020. The governor had, on January 8, this year, visited the burnt 400-year-old market, promising to rebuild it into a modern trading […] 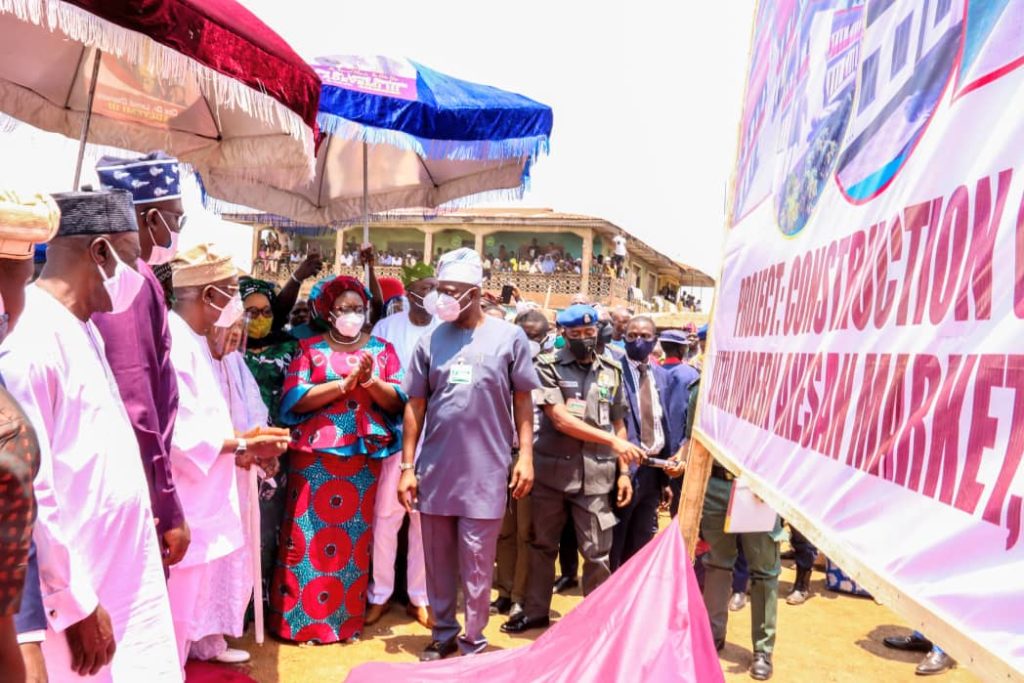