The Oyo state government has commenced training workshop for science teachers in public secondary schools across the state towards improving their science practical skills in order to adequately and efficiently disseminate information in the classrooms.

The Honourable Commissioner for Education, Science and Technology, Barrister Olasunkanmi Olaleye, made this known while delivering his keynote address on Wednesday at the training workshop tagged “Training Workshop For Science Teachers In Oyo State Public Secondary Schools Towards Improving Science Practical Skills” which held at the Loyola College, Ibadan.

Barr Olaleye, explained that the 21st century is characterized by advancement in science and technology stressing that for people in this part of the world to achieve accelerated development, teachers need qualitative science education especially in senior secondary schools.

He explained that with the prompt approval of the training workshop by the executive governor of Oyo state, Engr Seyi Makinde has displayed uncommon commitment to building one of the critical components for better education service delivery in the state which is the training program for science teachers.

Speaking further, he noted that Oyo state wants to produce world class engineers who will not only maintain the beautiful infrastructural edifices that are being built across the state but those who will find solutions to world engineering problems.

He added that Oyo state aspires to produce top notch medical doctors who will break world records in modern medicine and experts in space science.

“We want to produce youths who will not wait for government to employ them but will be at the forefront in partnering with government in solving socioeconomic problems through entrepreneurship as well as academics that will be sought after on the global arena.

” We want to produce a new generation of pacesetters who will be equal or even better players in the new world order which is the knowledge economy driven by science, technology, and artificial intelligence (robotics).

“With governor Seyi Makinde on seat, we are confident of getting to the targeted destination within the shortest possible time therefore, what is required is unwavering commitment by all stakeholders including education managers, parents, guardians, and students,” He explained.

The Commissioner however noted that it was sad that despite government’s huge investment in the education sector, students performance in science subjects in Senior Secondary School Certificate Examination (SSCE) has not improved appreciably in the recent past.

“Among factors responsible for this unsatisfactory situation is inadequate practical activities to which students are exposed coupled with archaic methods used in disseminating information in our various classrooms,” He stated.

He however, expressed optimism that all science teachers currently undergoing the training workshop will at the end be adequately equipped and informed on effective and efficient ways of conducting practical classes with a view to improving students academic performance in both internal and external examinations.

EXCLUSIVE: Buruji Kashamu Was a Gentleman No Matter What Anybody Says, I Will Miss Him — Hon Alarape

Thu Aug 13 , 2020
By Henry Odeh The minority leader of Oyo state house of Assembly, Rt Honourable Ashimiyu Alarape, has lamented that the death of late Senator Buruji Kashamu got to him as a very rude shock declaring that the late lawmaker still had a lot to offer his state and Nigeria as […] 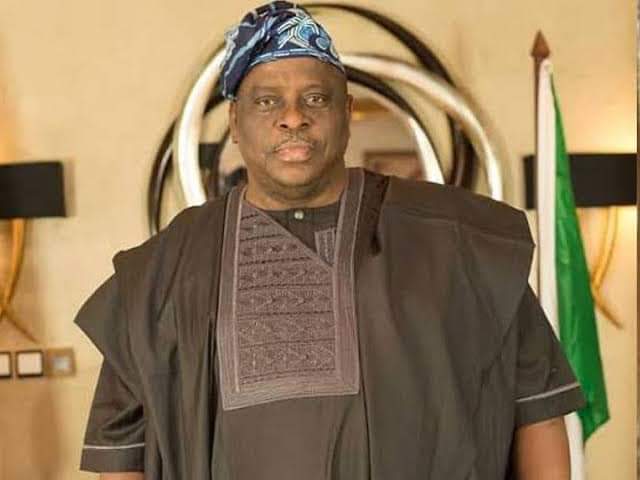