Looking at Oyo’s neighboring states, with adequate support from the federal government, I can confidently say that, Oyo state in the last few weeks has FLAGGED OFF more strategic projects than all other southwest states as a whole, and that in my view is the very essence of leadership.

Taking my observation from previous administration, what it took many to do in years and more than a tenure to achieve, has been set rolling and put into work by the present governor with just a year and few months in office, this again is a confirmation that governor Makinde did a thorough homework before presenting himself to run for the number one office in the state.

As we all are aware that few weeks ago, the commissioner of information for Oyo state, Dr Wasiu Olatunbosun, made it known to the public that the governor of the state, Engr Seyi Makinde agreed to take a bond of N100 billion naira to develop the state’s critical infrastructures for the purpose of opening up the state’s economy.

Unfortunately, there were series of uproar from opposition parties, as they began to question the governor on what the state needed the funds for.

Concerned citizens were not left out as they also made their opinions known, however, the governor has taken steps to prove that he has the goodness of the state at heart, as regards the borrowed funds.

This was done to ensure that the impact did not adversely affect economic activities in the town which would have an overall effect on the state.

In his speech, the governor discussed how reconstruction of the market is important to ensure that smooth activities return to the Oyo town as soon as possible.

In addition, Governor Seyi approved the remodeling of Lekan Salami Stadium in the state, all within a slate of two weeks. This is a project proposed to take nothing less than #5.5 billion naira.

According to him, the remodeling of the stadium is important in order to return and restore the lost glory of the state’s sporting activities both locally and internationally. This project is set to perfectly fit the stadium into an international standard.

The governor in his statement said “this step is a positive one towards positioning the state in an attractive condition for investors and international recognition; as the right infrastructures are being put in place to standardize it.”

Earlier, the governor had flagged off the construction of Airport- Ajia- New Ife Road Expressway, a 21km road which was estimated to cost a total of #8.5 billion.

This project according to the governor was his administration’s strategic way of reducing infrastructural deficit in the state.

The governor stated how important these facilities are to the development of the state in a bid to increase its economic base within the state.

It is evident that the governor had done a very thorough homework of gathering facts from across the state before presenting himself to run for the number one office in Oyo state during the last guber election.

Bringing physical development to the state is not rocket science or requires magic, all it required was genuineness of purpose, political will, purposeful leadership, and most importantly, empathy which governor Makinde and his government epitomize.

If not for governor Makinde for example. It was almost impossible to believe that Oyo state has the capacity to pay workers salaries unfailingly before 27th of every month and still duly pay retirees their entitlements also.

It is of course easy to criticise an underperforming governor or government but it is almost an impossible task playing opposition with a performing and widely celebrated governor who’s style and approach to governance, the federal government consistently borrowed from.

These are physical and known facts as to how the previous borrowed funds were judiciously spent on developmental projects. With all these done, the governor has nailed it home on how right his intentions are to use the borrowed funds prudently and judiciously for the right course.

The governor has also pointed out that his administration is set to double its efforts in putting infrastructures within the state in perfect conditions particularly inherited and abandoned projects before embarking on new ones as a way of cutting down wastes and maximizing potentials.

This according to him, would support the growth of the state, put the state on a developing pedestal and increase the state’s IGR which is highly commendable because it is the first time an incumbent governor has shown such unprecedented level of commitment to complete abandoned projects in the state.

For Oyo state to be ready for proper and smooth running of business that will attract local and foreign investors; there is need for improved infrastructures which the governor has already embarked upon.

To achieve all these projects, funds are needed and in his bid to make things easy for the citizens of Oyo state, the governor ensured there are no additional taxes including tax incentives.

As the state IGR is too small to carry out these projects, borrowing became inevitable. However, the good news is that the borrowed funds are channeled into a right course.

The positive side of these projects and development for the state as a whole is this, the more economically buoyant the state is open to investors, the more funds the state is able to generate and pay off debts.

All these projects and developments will in return, bring money which will increase the state IGR to be able to fund itself on other projects and pay off outstanding debts.

With the rate at which the governor has proved himself to channel the funds to right direction and course, it’s a win-win for the state as a whole. Therefore, it is the responsibility of the citizens to support this good work, for only with our collective support of the present government can we truly be returned to the pacesetter status in the committee of states in Nigeria. 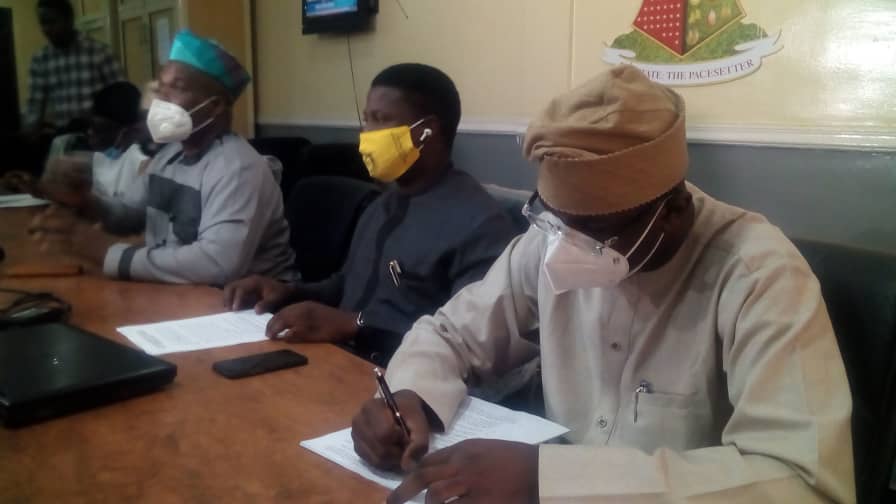