The new Hama Bachama His Royal Majesty Homun Dr Daniel Shaga Ismaila (Kpawo Nomwe, Gilongo) has admonished the LCCN family to reconcile their differences and to unite as one. The royal father made the appeal in his voti palace in Numan when the Leadership of the LCCN Church paid him a congratulatory visit.

Dr Shaga recalled that the crisis in the LCCN which brought about a crack has lingered for twenty five years with attendant on going litigation which does not augur well to the body of Christ. The royal father maintained that as true Christians the spirit of forgiveness should be imbibed at all times so that crisis within the church can always be resolved amicably.

He promised to pursue the peaceful settlement of all issues in the Church with a view to enhancing tolerance and harmonious relationship in the Church.

Most Revered Musa Panti Filibus the President of the Lutheran world Federation who led the delegation of the LCCN leaders to the palace prayed for God’s guidance over the new King. He related to the Paramount Ruler that he has been anointed by God to lead the people and as such he should discharge his duties without fear or favour.
Prayers were offered to the royal father and Gods protection over the palace and the entire domain was sought.

In the same vein, the Senator Representating Adamawa Southern Zone Senator Binos Dauda Yaroe also paid his solidarity and congratulatory visit on the Royal father. Senator Binos maintained that the Bachama Kingdom has always been his port of call at anytime. He promised to support the Monarch in all the ways necessary that will take the kingdom to higher places in terms of Development.
The Hama Bachama in turn advised politicians to always put the interest of those who voted them in first.

Thu Aug 20 , 2020
At about 1030hours today, Thursday 20th August, 2020, the OYRTMA Mobile Court began hearing to treat different traffic offences committed by both private and commercial vehicle owners across the State . Consequently, the Mobile court led by His Worship Magistrate, O.K. Omotosho listened to views of different traffic offenders on […] 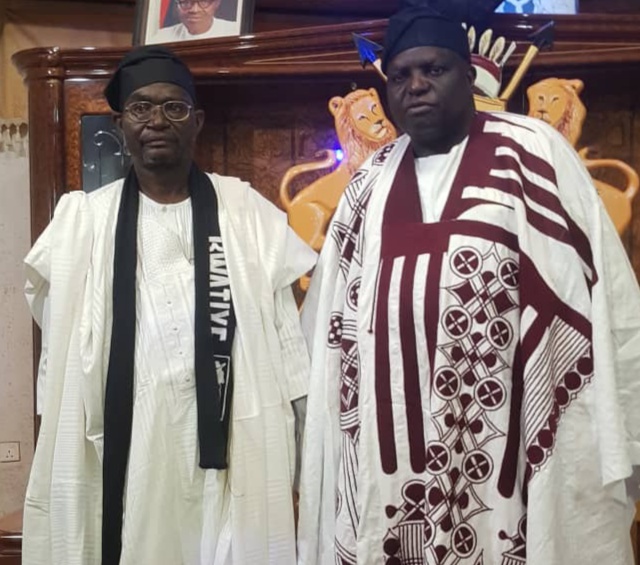