An Akure High Court on Friday quashed the suspension of four members of the Ondo State House of Assembly who refused to sign the impeachment notice of the state Deputy Governor, Hon. Alfred Agboola Ajayi.

The lawmakers, including the Deputy Speaker, Hon. Ogundeji Iroju, the only woman in the House, Mrs. Favour Tomomowo , Wale Williams and Tomide Akinribido representing Ondo Constituencies I and II were suspended for refusing to sign the impeachment notice of the Deputy Governor.

The anti-impeachment lawmakers were suspended for refusing to sign the impeachment notice served on deputy governor who defected from All Progressives Congress(APC).

The refusal of the lawmakers and five others stalled the plan to illegally impeach the Deputy Governor.

Three of the suspended lawmakers; , Ogundeji, Tomomowo and Williams are members of APC, while Akinribido is the only member of the House on the platform of Zenith Labour Party(ZLP).

Displeased with the decision of the House led by Rt. Hon. Bamidele Oleyelogun, the suspended lawmakers through their lawyer, Banjo Ayelakin, sought the protection of the court against their unlawful suspension from the House.

In his judgement, the Presiding judge, Justice Ademola Bola described the suspension as illegal, null and void and of no effect whatsoever.

Justice Bola held that the House of Assembly as well as other members have no power to suspend any member of the Assembly.

The judge in the verdict held that the suit which has the House of Assembly, the Speaker, the Deputy Majority Leader, Oladiji Olamide Adesanmi, the Parliamentary Secretary,, Prince Abayomi Akinruntan, and the Clerk of the House, Mr. Bode Adeyelu, as defendants violates sections 90, 91, 106 and 117 of the 1999 constitution of Nigeria.

The court held that the lawmakers must be reinstated into their positions with immediate effect.

Justice Bola ordered that a sum of N5million should be paid to each of the lawmakers as damages.

Reacting to the judgement, the state Attorney General and Commissioner for Justice, Mr. Kola Olawoye, described the judgment as no victor no vanquished.

He urged all members of the House to unite and work for the progress of the state.

Deputy Speaker, Ogundeji Iroju who spoke on behalf of others charged all members of the House to work together and ensure the House operates independently according to the provision of the constitution.

OYRTMA Thanks Governor Makinde For Immense Support In One Year; Assures Of Better Service Delivery In Years To Come- Mogaji Akin Fagbemi

Sat Aug 29 , 2020
The Chairman of Oyo State Roads Transport Management Authority OYRTMA, Mogaji Akin Fagbemi has expressed gratitude to governor Seyi Makinde for the opportunity accorded him to serve as Executive Chairman of OYRTMA. Fagbemi in an open letter to Makinde reiterated his commitment to work assiduously to ensure that the 2019-2023 […] 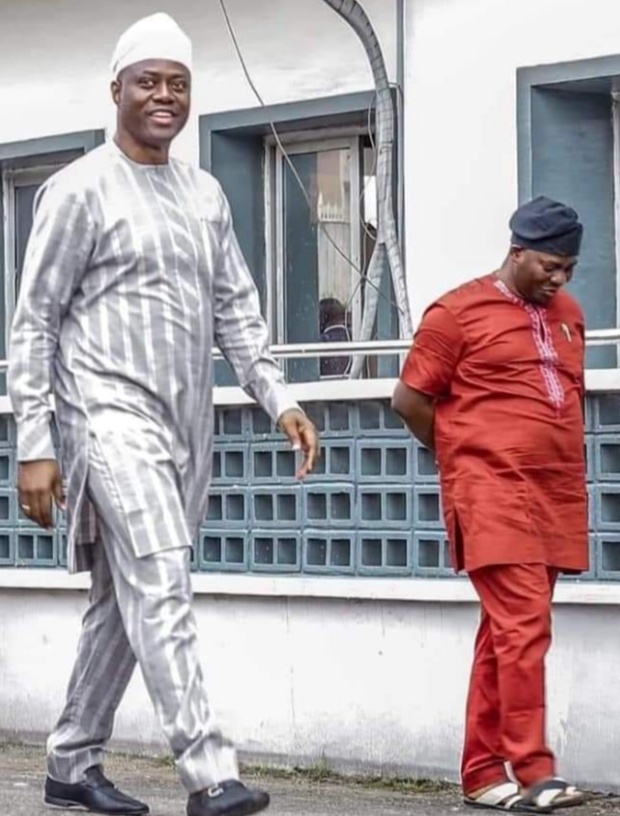