Katsina State Government has pledged to support National Drug Law Enforcement Agency NDLEA to address the menace of drug abuse and Trafficking in the state.

The Deputy Governor Alhaji Mannir Yakubu stated this when he received the delegation from State NDLEA on an advocacy visit in his office.

Mannir Yakubu expressed concern over the engagement of some youth and women into drugs abuse in the State.

Alhaji Mannir Yakubu maintained that the insecurity which includes banditry, kidnapping, cattle rustling bedeviling the State would not be unconnected to drugs abuse, hence the need for all and sundry to put hands on deck in tackle it.

According to him, the door of State Government are widely open to support NDLEA to conduct its activities effectively in the State.

Part of the support according to Deputy Governor include construction of rehabilitation centre at the command headquarters and sensitization and mobilization programme among others.

Earlier the State commandant of the NDLEA Alhaji Suleiman Madu said they were at the Deputy Governor’s office to appreciate government support to the agency and solicit for more support.

He said from January 2020 to date the Agency has arrested about three hundred and one suspected drug dealers with four hundred and sixty kilograms of cannibal, tramadon and other drugs substance in the State.

He assured that the agency would not relent on its effort to get rid out of drugs traffickers in the State.

Fri Sep 4 , 2020
By Henry Odeh The Chairman of Amotekun Security Corps in Oyo State, General Kunle Togun (rtd) has assured the Oyo State government of the readiness of the security outfit to provide adequate security to all major and vulnerable tourist centres when it commences full operation in the State. General Kunle […] 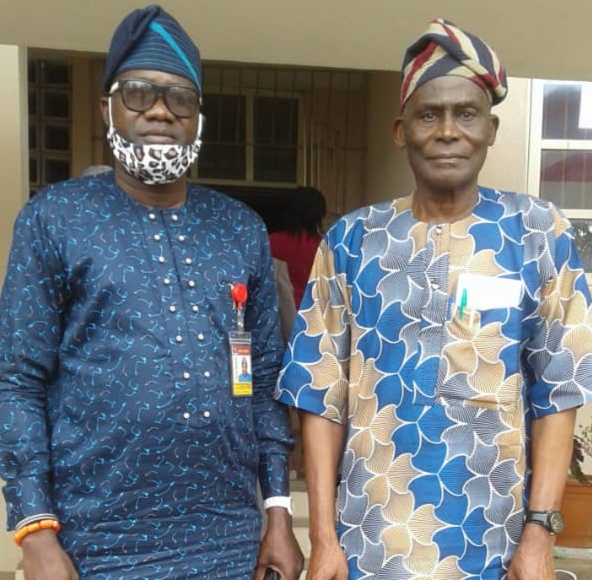