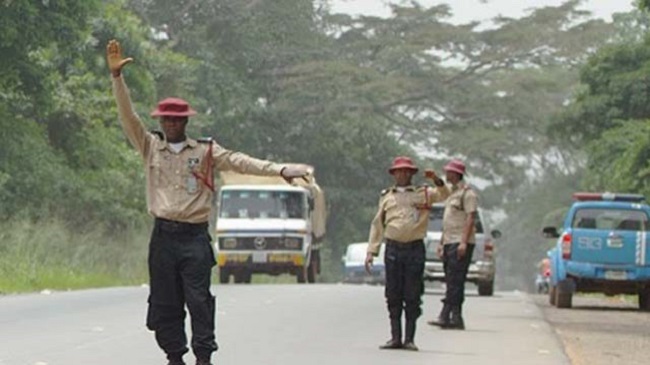 Some personnel of the Federal Road Safety Corps (FRSC) travelling from Sokoto and Kebbi States Command of the corps for a training programme at FRSC Academy, Udi were reportedly attacked by bandits/kidnappers at Udege junction, along Mararaban-Udege between Adoka, Nasarawa State today Monday, September 14, 2020, at about 8 am.

The officers totalling 26 in number were travelling in two buses.

According to the FRSC Corps Public Education Officer, Assistant Corps Marshal Bisi Kazeem, one of the officers in the vehicle conveying the staff of the corps reportedly died during the attack, while another officer died in the hospital.

Four others were injured and eight escaped unhurt. However, 10 are unaccounted for as they were allegedly kidnapped by the assailants.

The Corps Public Education Officer noted that the Corps Marshal, Dr Boboye Oyeyemi, has immediately reported the incident to relevant authorities for prompt rescue of the kidnapped staff while investigations to ensure that the assailants are brought to book are ongoing.

Kazeem noted that the corps marshal has called on all staff of the corps not to be deterred by this unfortunate incident. He assured that the corps will work closely with relevant security to ensure that the criminal elements are brought to book and justice is served while the missing personnel are found.

Mon Sep 14 , 2020
The Trade Union Congress of Nigeria has given the Federal Government a seven-day ultimatum to reverse the recent increase in electricity tariff and petrol price. The TUC gave the ultimatum in a letter addressed to the President, Major General Muhammadu Buhari (retd.), and dated September 14, 2020. It also threatened […] 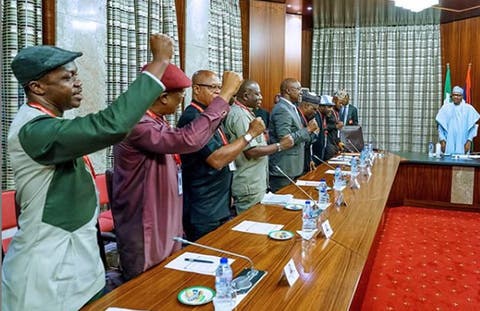