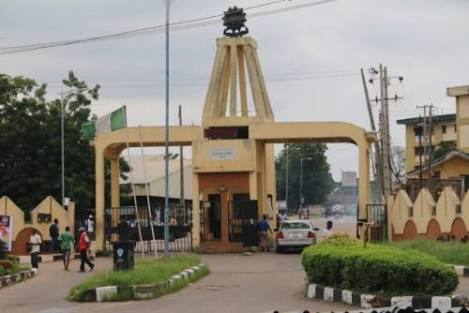 Management of The Polytechnic of Ibadan has urged its striking workers to return to work in order to give room for further negotiations with the state government over the face off emanating from implementation of new minimum wage.

The school Registrar, Mrs. Modeupe Theresa Fawale, made this known in a statement she signed and made available to newsmen in Ibadan on Monday shortly after the state government through the Commissioner For Education Science and Technology, Barrister Olasunkanmi Olaleye berated the industrial action embarked upon by the school management.

Sunrisebulletin.com had earlier reported a that Oyo state government berated the school management for embarking on the strike, describing the action as ‘unjustifiable and baseless’.

The state government however, maintained that all tertiary institution governing councils agreed to the agreement except the Polytechnic of Ibadan, and urged management of the institution to return to negotiation table with justifiable documents to support its position.

The Commissioner said, “well, I must let you know that the strike action is not justifiable anywhere, there is no basis for it to be candid, and I will yell you why.

“Any moment from now, we are going to sign the agreement hopefully before the end of this week. It is only Polytechnic of Ibadan that disagreed, and their disagreement was not based on any law or circular.

“In actual fact, what the state government has proposed to them is in line with the circular of the national salaries and wages commission but the team that led their negotiation came with a table of Lagos state.

“So, they said we should adopt Lagos state table as the basis for the minimum wage, and we told them that we can only go by the provisions of the law the circular from the federal government which all other schools accepted except the polytechnic of Ibadan.

“So, it is not justified, and again, at 5am this morning, the union locked up the gate of the school even before the congress of the union, you know the union is supposed to give them the directive to either goon strike or not but without waiting for the union, some members just went ahead and locked up the the school gates and prevent students from writing their exams which they commenced last year.

“However, we will still continue to engage them to let them see reason. As at the time all of us should be on way for Christmas on the 24th, we still held meeting with them here with the council members and the management.

“And we asked them, and that was the last discussion we had, that if you have any circular to back up your claim, give it to us, let us look at it, but the next thing we heard this morning was they have embarked on strike.

“What is the justification for that? So, let’s see how things go but we will continue to engage them.”

However, in a quick twist of event, shortly after the publication, management of The Polytechnic through its registrar has issued a statement calling on the warring workers to return to work and allow for further negotiation with the state government.

The statement reads: “The Authorities of The Polytechnic, Ibadan (TPI) have appealed to the workers who commenced an indefinite action today to return to work and pave way for further negotiations.

“This strike action is premature and will inflict a lot of damages on the activities of the institution, most especially the on going first semester examination which had suffered series of postponement.

“The Management wishes to appeal to the striking workers to return to negotiation table with the government as the strike action would only put more strain on the activities of the institution.

“The health facilities, by this action will also not be available to the staff, most especially those that reside within the institution.
This strike action by all ramifications may be counterproductive and thus, further negotiations should be explored.”

Mon Jan 11 , 2021
By Henry Odeh         The Federal Government on Monday said it would review the January 18 earlier date fixed for resumption of schools across Nigeria. It attributed the decision to the second wave of COVID-19 currently ravaging the country. The Minister of Education, Adamu Adamu, disclosed this […]