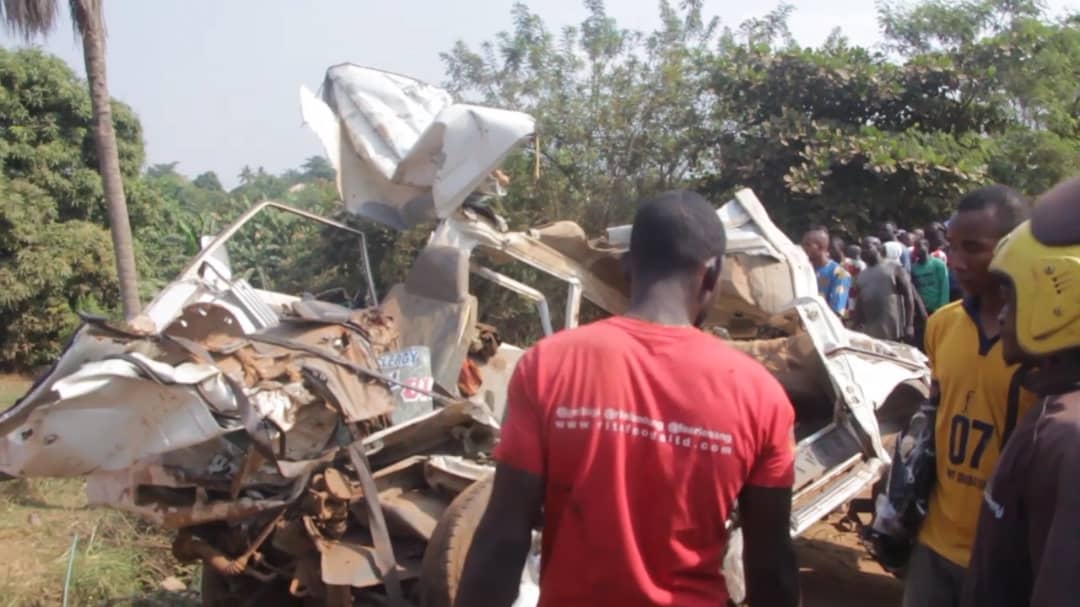 According to eyewitnesses, No fewer than 8 persons was said to have died in an auto crash involving a trailer and a commercial bus carrying passengers along Ibadan–Ife road, while other passengers whose number can not be ascertained as at press time, are seriously injured and receiving medical attention at yet to be known medical facility. 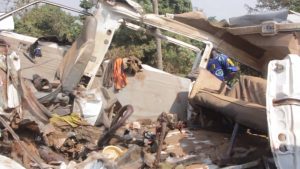 One of the eyewitnesses who spoke to sunrisebulletin.com in Yoruba language explained that neighbors woke up to the ghastly accident which happened at the early hour of Tuesday 12th January, 2021 at around 6:30am.

The eyewitness stated that a trailer coming from Lagos was said to have lost control after its break failed and eventually Summersaulted and crash landed on a 16 sitter bus filled with passengers coming from Osun state.

According to the eyewitness, no fewer than 8 persons including the driver of the bus died immediately adding that the multiple deaths was as a result of delayed help.

Another eyewitness who spoke with Sunrisebulletin.com explained that before any form of help could arrive the scene of the unfortunate incident, it was already around 10am which was already too late as many were already feared dead while other passengers in the bus were already in critical conditions as members of the federal road safety commission struggled to pull out victims from the wreckage.

Others who spoke to our correspondent blamed the unfortunate incident on the bad condition of the road which is a one lane road currently under reconstruction.

They people around the scene urged government to expedite actions on the road in order to avert further recurrence of such accident adding that the road is a busy one with heavy traffic of vehicular movement on daily basis.

Tue Jan 12 , 2021
Youths in Saki, a town in Oyo State, on Monday burnt a truck taking cattle out of Saki, for killing a boy, Ayuba Raji. SaharaReporters gathered that the incident happened at Challenge junction, along a road under construction in the town. resident of the town, Kazeem Adeniyi, told reporters in […] 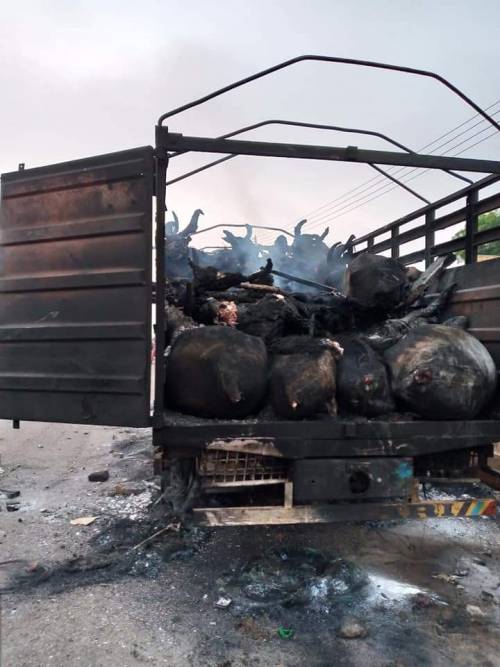