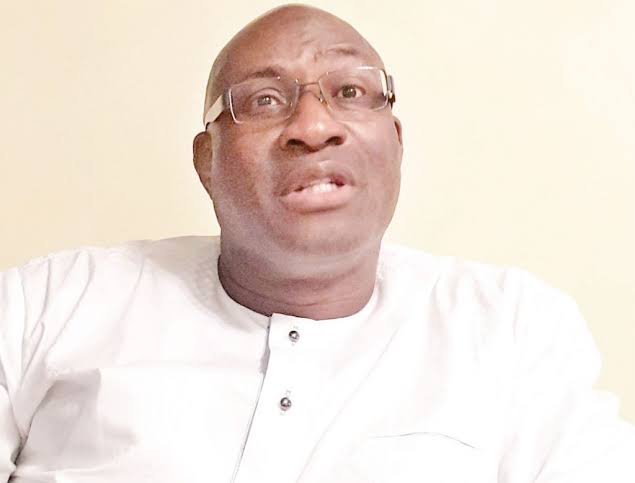 A delegation of Oyo State Government officials and the new Commissioner of Police in the state, CP Ngozi Onadeko, on Sunday, toured the trouble spots of Ibarapa and Oke-Ogun areas of the state where they conducted on-the-spot assessment of the tenson-soaked communities.

The Commissioner of Police, who led senior Police officers including Deputy Commissioners of Police and Mobile Police Commanders on a tour of Igangan, Tede and Ago Are communities sued for peace, while also declaring the readiness of the Police to embark on a thorough investigation to ensure justice for victims of kidnapping, armed robbery, rape and other crimes.

The Special Adviser to Governor Seyi Makinde on Security, Commissioner of Police Fatai Owoseni (rtd), who led the government’s delegation also appealed to community leaders, youths and Hausa-Fulani residents to eschew violence and live in peace.

A statement by the Chief Press Secretary to the governor, Mr. Taiwo Adisa, added that Owoseni told the people to be vigilant and ensure they identify the criminal elements among them for prosecution by the Police, declaring that no one should take laws into their hands.

He also debunked insinuations that the government of Governor Makinde has abandoned the people to their fate, adding that at least 51 suspected perpetrators of kidnapping, rape and banditry are currently in police net from Oke Ogun axes.

He said that government would ensure that justice prevails in the cases involving the arrested lot, adding, however, that the people must remain vigilant.

“If you see something, say something,” Owoseni counseled residents of the visited communities.
The delegation also visited the razed home of the Seriki Fulani in Igangan, where it assessed the extent of damage and promised thorough investigation.

Secretary of Igangan Development Advocates, Lawal Akeem, who spoke in Igangan, said that the people were tired of the antics of the Seriki Fulani, Alhaji Saliu Abdukadir, whom he accused of complicity in different cases.

He also said that the community has been forced to pay about N50 million in ransom for different cases of kidnapping, while also accusing Fulani herders of regularly vandalising farms and raping women of the community.
Another youth in the town, Taiwo Adeagbo, said that no fewer than 15 women have been raped in recent weeks.

A member of the Oyo State House of Assembly, Hon. Peter Ojedokun, also told the delegation that Ibarapaland had been peaceful all the while but that the peace was affected recently when Fulani herders started attacking members of the community on their farms, kidnapping persons and committing crimes.

The Caretaker Chairman of Ibarapa North-West Local Council Development Area, Hon. Okediji Samuel Olusegun, also corroborated the allegations leveled against the Seriki Fulani of Igangan, saying that the Seriki has been fingered in the series of security challenges in the area many times.

Addressing the gathering of traditional rulers, government officials and Fulani leaders in Igangan, the Commissioner of Police, Onadeko said: “We have come to assess and listen to you over the incident that happened. I want to appeal to everyone of us to be calm and ensure there is peace. If there is no peace in the community, there won’t be growth and development.

“I want to appeal to the youth. We have listened and they have interpreted all your complaints and I want to say you should not spoil your case by using force. We are a new team. Bring out all the cases you have, put them in an orderly manner and we will make sure that justice is done.

“So, I want to enjoin all of you to be peaceful and live with one another in a peaceful manner. If we live in peace in this community, we should be able to identify kidnappers, robbers, and rapists.

It does not matter where you come from – whether you are from Igbo, Yoruba or Hausa. Actually, we have the good and bad ones. Criminality is not only ascribed to a particular ethnic group, it cuts across all the ethnic groups.

“So, if we don’t come together with one voice, how are we going to fish out all these people?
“Please, be calm. Cooperate with the Police, law enforcement agencies and we will make this place secure for everyone, irrespective of where you come from.
“I want to assure you that all the cases you brought up, a thorough investigation will be done on them and you will see that justice will be delivered.

We will be having more of this interactive session and consultative gathering so that we will be able to sit down, talk and iron things out together without resorting to violence, which does not pay.
“Please, don’t take laws into your hands. Just tell us. Let us have peace and everything, by the grace of God, will be okay for all of us.”

While also speaking at Igangan, retired Commissioner of Police, Owoseni, said that the government of the day in Oyo State has been working closely with the Police to fish out criminal elements, adding that 51 suspected criminals linked to kidnapping and other crimes committed in Oke Ogun and Ibarapa areas are already in Police net.
He said some are already charged to court, while others would soon have their days in court.

He said: “Let us put sentiment and politics aside, from what we heard, it is not as if the Ibarapa community is against one ethnic group. What they are claiming and the allegation they have made is that a particular person, who they are now seeing to symbolise an entire ethnic group, has been misbehaving.

I believe that with the steps that have been taken to mend all these gaps and with the assurance that the Commissioner of Police has given that they will look at all the cases again, there will be a change.”
Speaking specifically on investigations and arrests, the retired Police Commissioner said: “There are a lot of narratives that have not been given out.

“Everybody believes that kidnapping, assasination had taken place in Igangan and it seems the government was not doing anything.
“Truth is, 51 suspects have been in detention for various offences that bother on this kidnapping.
“Arrests were made. Some have been arraigned in court. Some are awaiting trial.

For some, investigation are still ongoing, which we made them know. “Everyone will learn lessons, especially the police officer that was accused of complicity in some of these cases. “The CP has given that assurance that every victim will get justice and all the allegations they have made as to the Seriki colluding with criminals, will be looked into.”

The delegation, which also visited Ago Are and Tede communities, which got engulfed in communal clashes over the weekend, held peace parleys at the Ago Are town hall and the palace of the Onitede of Tede, Oba Rauf Oladoyin.
The Commissioner of Police, Onadeko appealed for peace between the two communities, promising to host a peace meeting in her office before the end of the week.

Owoseni, who addressed newsmen at the palace, said that it was wrong for anyone to take laws into his hands, adding that the people must learn to trust security agencies to achieve peace in their areas.

He said of the communal clash between Tede and Ago Are: “This is an evidence of what the governor is doing on the security situation in the state. While the crisis in Igangan was brewing, that was when we heard that these two communities – Tede and Ago-Are – were also at war.

“The purpose of coming here today is to nip in the bud this communal fight. There is an immediate and remote cause but in order to quickly make it not to fester, we are here.”

The Olugbon of Orile Igbon, Oba Francis Olusola Alao, who is also the Deputy Chairman of Oyo State Council of Traditional Rulers, who was in Igangan, Tede and Ago Are, also appealed for peace, insisting that the state can only develop in an atmosphere of peaceful coexistence.
He appealed to the youths to always report their cases to the security agencies, adding that self-help cannot help anyone at the end of the day.

Other monarchs at the Igangan peace parley held at the Igangan Town Hall include the Asigangan of Igangan, a representative of the Eleruwa, the Olu of Igbo Ora, and monarchs from adjoining communities in Ibarapaland.

Mon Jan 25 , 2021
By Henry Odeh   The National President of Miyetti Allah Cattle Breeders Association of Nigeria (MACBAN) Alhaji Muhammadu Kiruwa has directed Fulani Herders across the Southwest to put an end to both night and underaged grazing with immediate effect. Kiruwa also warned herders to desist from taking their cows to […] 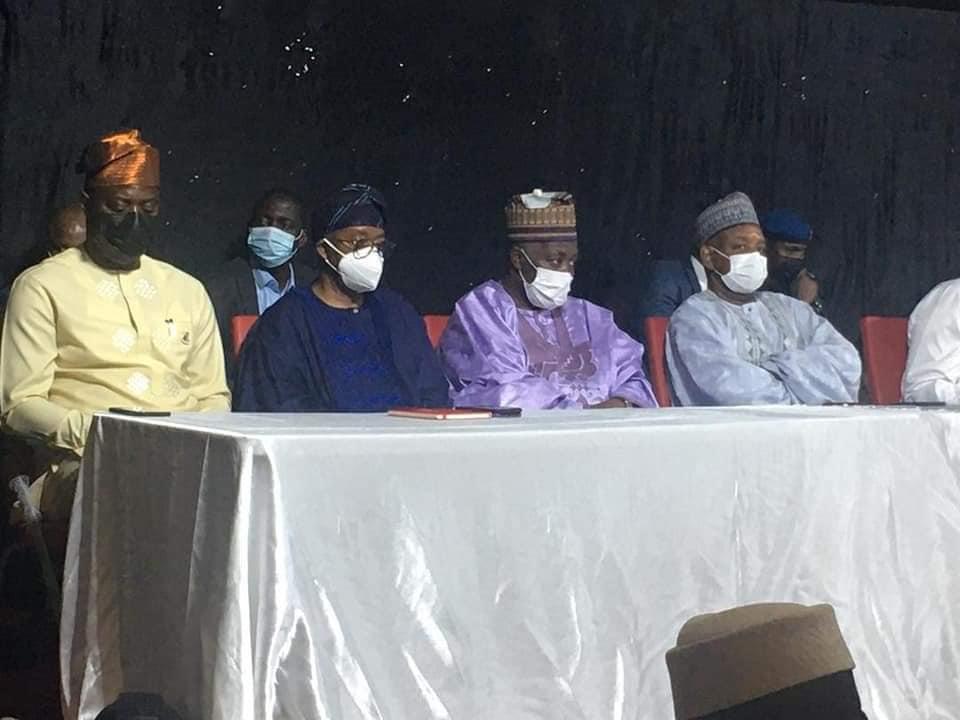