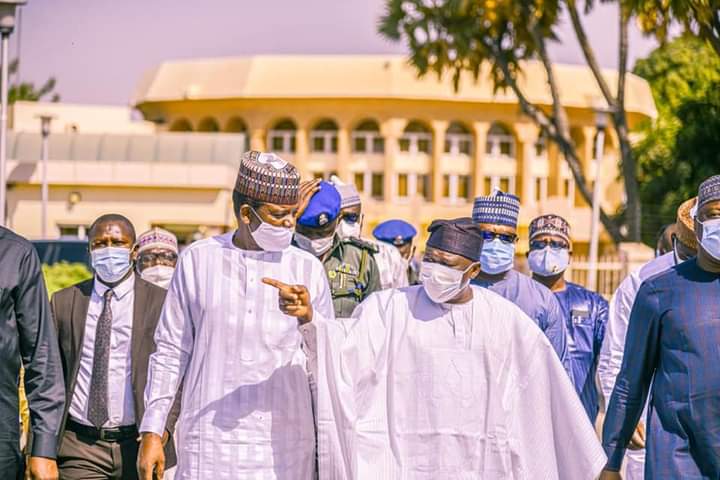 You can be right in all you do ,but “you can’ t be wrong and get it right.
Having failed to find fault with the people’s mandate, antagonists will resort to anything.To their dismay , from far and abroad,the government of Adamawa state is applauded. The governor of Rivers State Nyesom Wike, the Governor of Zamfara State, the Governor of Kaduna State, and the Governor of Yobe State Mai Mala Buni all came and were awed by the what they saw. It worthy to note that some of these Governors’ came to the state on condolence visit.
It is a testimony things are going on okay.

People have a tendency of saying either what they don’t know or mischievously want to create. When three distinguished people from different political climes commend your your efforts ,it only means that you have done something commendable . When anybody insists,that it is bad ,you are at liberty to allow things go. 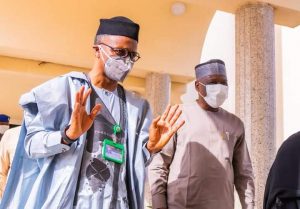 From political divides only nay- Sayers insist on the inability of Governor Ahmadu Umaru Fintiri to deliver. He maintained the structure left but he bore it on his shoulders to right the wrongs.They made the issue of an over-bloated Civil Service that was defeated. They criticise everything he is doing, but all-comers applaud what he is doing.

Why is is that people do not have the modesty of accepting good things about people they want to replace? The fly-over bridge will be used by all. It is not a monument for a single individual,it is not meant to glorify an individual,but to solve problems that we don’t have to see happen.It is for the future.

These things will only start in our time, but bear fruits in future to later generations that may not even know the travails of those that prognose into the future and planned ahead of time. This is a futuristic government . 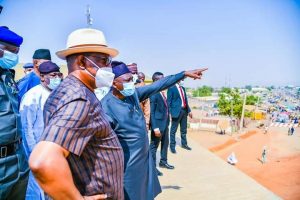 These witnesses from different divides cannot in unison say one thing. Let it be known that a job well done should be appreciated as long as it serves the benefit of our people. Three governors,across party divides appreciate Ahmadu Fintiri.

Adamawa people can see what he is doing.Yet some people think that they can create a mirage to fool the people. They have tried to put a political coloration to the visit by APC governors as an attempt to to woo Fintiri into their party which is mere speculation. If he so desires,he does not need to hide. But that is not the case.His intention is to better the lot of the people .

There is nothing wrong in trying to further a poltical cause by articulated planning, take the case of the “developed countries ,they seek the overall interest of their people over personal interest and they are better off. Why can’t we borrow a leaf from them?

The edivices will remain whatever anyone will say .Long after this ,in ten months ,they will applaud what happened.It won’t be a political party affair,but recognition of what was done that others could not do.

In the days ahead, There will be more visits and more applauses to Fintiri as long as the good work he embarked upon does not stop.

George Kushi is the Chief Press Secretary to the Deputy Governor of Adamawa State.

Fri Feb 19 , 2021
Southwest Group of Online Publishers (SWEGOP) will on Friday begin its two-Day workshop for members in Ibadan, the Oyo state capital. The workshop which will start today, Friday is expected to end on Saturday afternoon at Ilaji Hotel and Resort, Akaran. According to the Public Relations Officer, Mr Remi […] 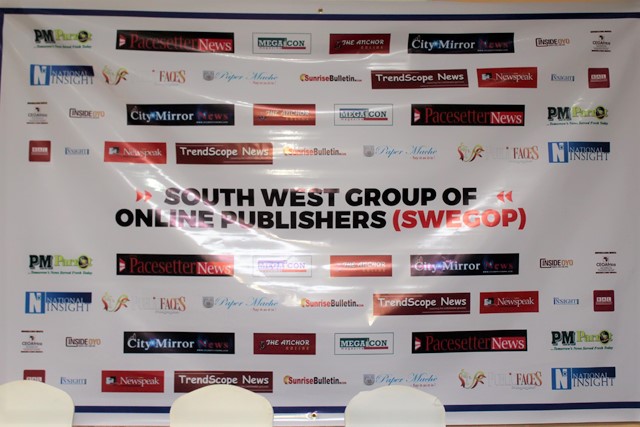