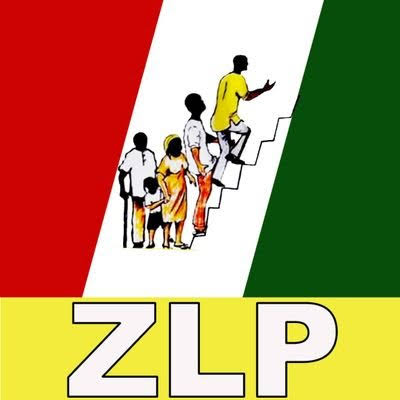 Chances of cashing in on the ex governor of Oyo state, Chief Rashidi Ladoja’s loyalists via interparty negotiations among Peoples Democratic Party (PDP), Zenith Labour Party (ZLP), and the All Progressives Congress (APC) in Oyo state may have finally been laid to rest as Oyo ZLP members led by Barrister Sarafadeen Alli joins APC.

Confirming the decampment exclusively to sunrisebulletin’s correspondent via phone call on Tuesday 2nd March, the duo of ZLP’s Governorships and Deputy Governorhip candidates of the party in the 2019 governorship election in Oyo state, Barrister Sharafadeen Alli and Honorable Kola Olabiyi, they explained that decision has been made and are now officially headed for the APC in the state.

Recall that another group of the opposition party in the state led by its erstwhile state chairman, Mr Wole Abisoye had penultimate week decamped to join Governor Seyi Makinde’s PDP alongside 5 other local government party chairmen.

The state secretary of ZLP, Mr Bimbo Adepoju, in his reaction, while speaking with our correspondent on the phone on Tuesday, confirmed that ZLP is finally set for the APC in Oyo state.

Adepoju noted that nothing is happening in secrecy regarding the decampment to APC adding that at the appropriate time, it will formally be announced to the world.

He however, hinted that some of the local government party chairmen of ZLP who had gone with Mr Wole Abioye to meet Governor Makinde has returned back to ZLP stressing that one of the returnees was the one that seconded the motion to arrive at the resolution of ZLP members and leaders in the state to join the APC.

Hon Kola Olabiyi, while speaking earlier on the position of its state leader, Chief Rashidi Ladoja, over the development, maintained that the former governor and high chief of Ibadanland, sanctioned the move.

Hon Olabiyi, noted that nothing could be done without the approval of Chief Ladoja being the leader of the party in the state.

It is however, unclear if this move was part of speculations that Chief Rashidi Ladoja was ready to join force with former Lagos state governor, Senator Bola Tinubu, towards actualizing the presidential aspiration of Tinubu ahead of 2023 in case APC zones its presidential slot to the south.

Tue Mar 2 , 2021
By Henry Odeh   As part of efforts by both the Seyi Makinde led government in Oyo state and its Kwara state counterparts Recent security tension in Oyo state resulting in the issuing of an eviction notice to some settlers in Ibarapa obviously stirred up other ripple effect and has […]