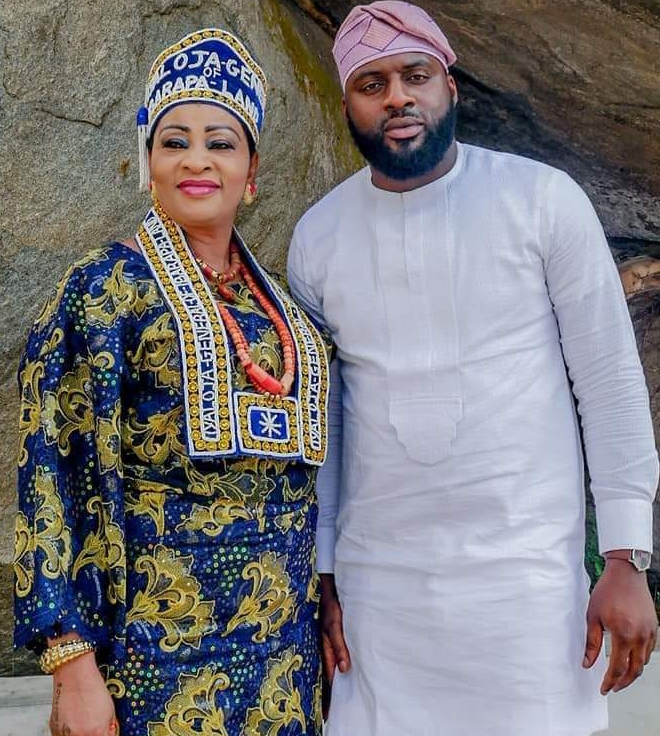 The group in a statement co-signed by its chairman Kehinde Olayiwola, and secretary, Gboyega Idowu, and made available to sunrisebulletin.com on Wednesday 3rd of March, also frowned at the domineering and imposition nature of the Speaker’s mother, Yeye Tina Ogundoyin.

The group urged the speaker to always allow his peoples choice to prevail while condemning the scanty nature of projects in Ibarapa to match up with other zones in the state.

The statement reads in full: “Barely two years ago when many of us trooped out enmass to support the candidacy of and voted for Rt. Hon Adebo Edward Ogundoyin, the present Speaker of Oyo State, we put two factors into consideration: The philanthropic nature of his late father and his own youthfulness, while party affiliations took the back seat. Our happiness knew no bounds when he won.

“Our hope was rekindled because, in our unassuming mindset, we thought Adebo would be a reincarnate of his father whose burning love for the development of the Ibarapa community was second to none. To put the record straight, no one had ever beaten his opponents hands down with such a landslide margin like Rt. Hon Adebo Ogundoyin defeated his contenders in the last Assembly Election that put him in office as the third citizen in the pacesetter state.

“However, it is quite disheartening to come to term with the ugly reality that for the past one and a half years that Adebo Ogundoyin has become the Speaker, the number of projects completed as the Speaker is not even up to the number of fingers adorning one of our hands. Apart from the Mosque he built at Lagaye and the embarrassingly pathetic kiosk-like piece being rented in Lanlate to serve as constituency office, there is hardly any visible and befitting projects to know that the Speaker is working.

“Mid last year, it came as a rude shock that out of numerous deplorable roads being afflicted by pot-holes like the tenth plague in the Bible within Ibarapa East, Mr. Speaker— out of his self-centered me-and- my-family mentality that he carries around, chose the road right in front of his late father’s intimidating architectural edifice on the mountain top at Isale-Elesin.

“The more shocking fact remains that while some of the awarded roads, for instance, the Iseyin-Moniya road, are now fully under construction as reflected in 2020 Budget, there is no hope in sight for the construction of our own road.

“Quite frankly, we are not unaware that the construction of roads is one of the duties of the executive, but as right thinking and politically conscious Ibarapa East youths, I think we are in the right position to ask Rt. Hon Adebo Ogundoyin: why is there no sign, signal or readiness to commence work on our own short-distance road?

“It would interest Mr. Speaker to know that people are not completely deaf to the news of how he imposed Hon. Olugbenga Obalowo, whose score sheet as a councilor in Ward 1 some years back was woeful despite express anger from party members.

“The Speaker ignored party members and the youths who massively voted him into power but submitted Obalowo’s name to fulfil his mother’s ridiculously domineering wish. The reason why the Speaker and his mother were hell-bent that it is either Hon. Olugbenga Obalowo or nobody else cant be far-fetched.

“Obalowo is a mere figure head who masquerades as a committed loyalist of the Speaker’s mother but nurses no other intention than siphoning the treasury of Ibarapa East Local Government to a pitiable state.

“For the avoidance of doubt, the naked fact remains that Mr. Gbenga Obalowo is just a ceremonial caretaker chairman while Yeye Tina Ogundoyin– who is just a mere domestic appendage of power without constitutional recognition–has been ruling the Local Government from the comfort of her cozy bedroom.

“Sometime last year, in the eye of the storm of the ravaging pandemic, a contract to supply nosemasks, food supply and sanitizers for the good people of Ibarapa East was awarded to Yeye Tina Ogundoyin.

“Furthermore, in order to show gratitude to his benefactor, Hon. Gbenga Obalowo equally awarded a Contract to dig four boreholes within the constituency to Yeye Tina Ogundoyin but the four boreholes ended up as terrible disaster that can not supply more than two kegs of water per day.

“There is no iota of doubt that the purpose of any election is to test the credibility and wide acceptance of the candidates. From all indications, it is crystal clear that if all the five men vying for the post of Chairman in Ibarapa East Local Government within the People’s Democratic Progress(PDP) are placed on a level playing ground, without interference from any quarters, Hon. Olugbenga Obalowo who happens to be the annointed candidate of Yeye Tina Ogundoyin would have come a distanct third or last in the contest.

“Unfortunately, yet again, we are aware that Yeye Tina Ogundoyin, the un-elected real Speaker, has waged into the situation to force Obalowo on the good people of Ibarapa East despite the loud body language that Obalowo is not wanted by majority of the people as the Executive Chairman of Ibarapa East.

“Yeye Tina Ogundoyin is at her usual game of imposition again, but if Chief Mrs. Tina Ogundoyin wish is allowed by his son to prevail once again, there is assurance that the manipulative imposition of Obalowo as the Executive Chairman of Ibarapa East by Rt. Hon Adebo Ogundoyin, in his desperate bid to satisfy his mother’s selfish interest again, the collective wish of the Ibarapa East youths will be the final nail that will seal the Speaker’s political coffin.

“It is time the Speaker drew the line between respect for motherhood and politics. A stitch in time saves nine.”

Wed Mar 3 , 2021
By Henry Odeh   Following the decampment of Zenith Labour Party (ZLP) Members In Oyo state into the state chapter of All Progressives Congress (APC) on Tuesday by loyalists of former governor Rashidi Ladoja, headed by the party’s governorship candidate in the 2019 guber election, Sharafadeen Alli, Special Assistant to […] 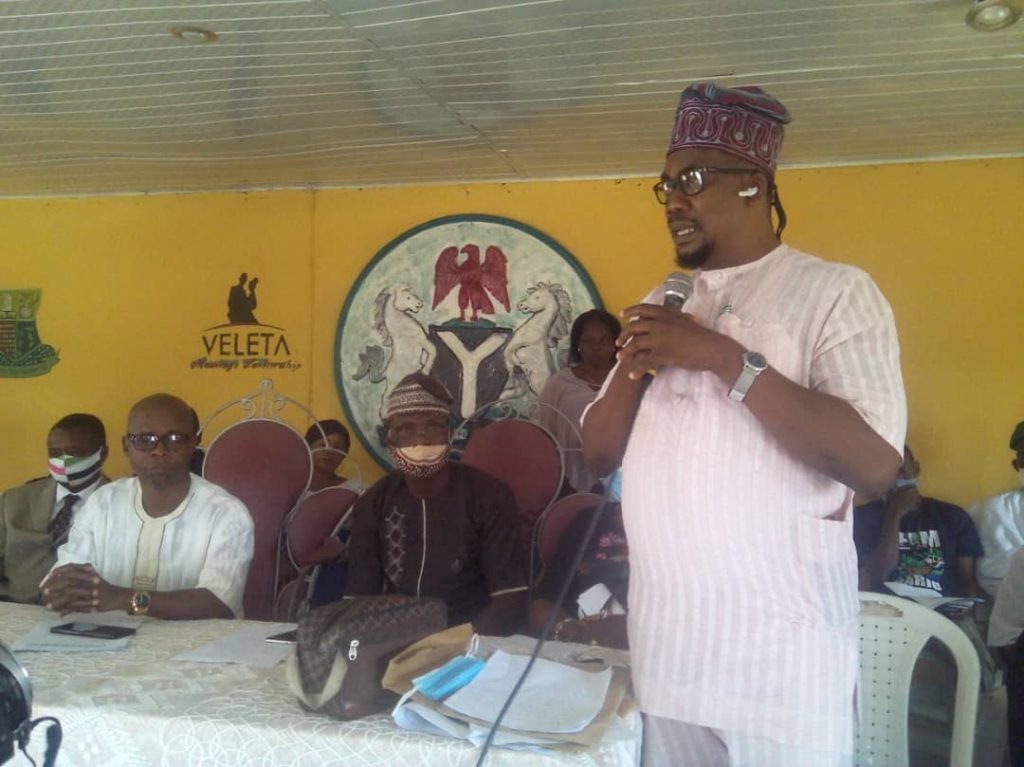